What has science ever done for our sex lives? Exploring social science’s contribution to sex research at the Pint of Science festival

When you research sex for a living, conversations in the pub often come around to your work. But recently we spent a night talking about sex in the pub, not just with a group of friends, but as part of a sold-out evening at the Pint of Science festival here in Glasgow.

Pint of Science is an international science festival that takes place in pubs and bars across the globe over three days each May. The aim is to deliver interesting, accessible, and relevant talks on the latest science research, and this year, over 500 events took place in 32 cities across the UK, and in 21 countries worldwide.

As social scientists working to improve sexual health and wellbeing among individuals and communities, Pint of Science seemed like a perfect opportunity to share and discuss some of our research with a public audience (and to get a free pint at the same time!). 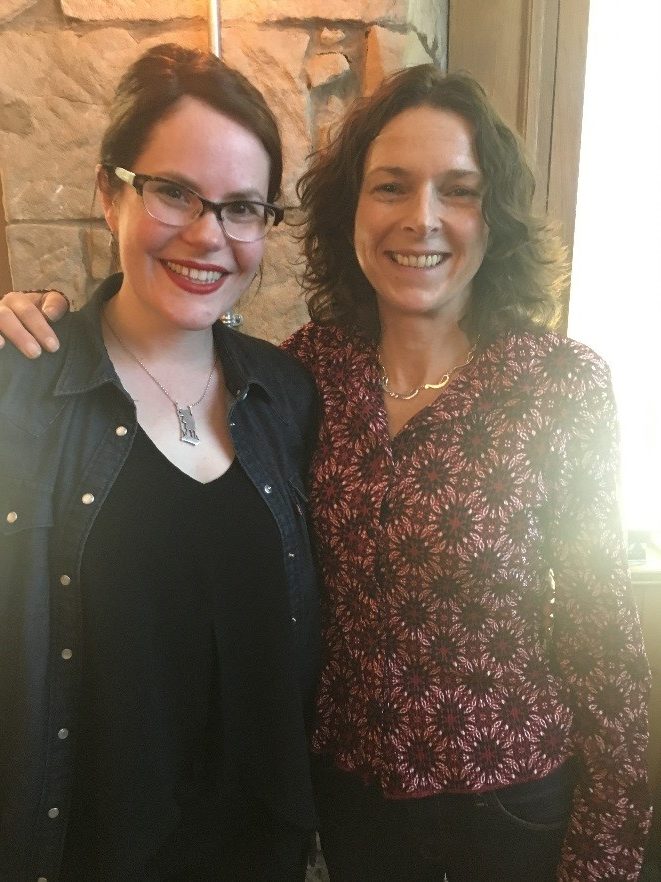 Our theme for the evening was “What has science ever done for our sex lives?” and we gave three short talks interspersed with live polling, discussion and of course, trips to the bar. Our aim was to generate discussion and reflection on scientific approaches to studying sex, the value of robust social science sex research, and some of the challenges faced by social scientists working in this field.

We kicked off the evening by picking apart some fairly lurid headlines and highlighting the limitations of poorly conducted polls on sex that often appear in the media. All too often sex research is sensationalised, trivialised or misrepresented in mainstream media, which says a lot about society’s enduring discomfort with the topic. Robust scientific sex research seeks to provide accurate information about attitudes and behaviour, that is crucial to finding ways to help people lead safe, positive and satisfying sex lives.

We talked about the science of sexology during the 20th century and some of the issues raised by earlier approaches to studying sex, for example ethical issues around observation and the representativeness of participants. Today, most social science studies are based on people’s self-reports of their behaviour. The British National Survey of Sexual Attitudes and Lifestyles (Natsal), is a large representative sample of people living in Britain which allows researchers to produce key estimates on patterns of sexual behaviour, attitudes, health, and wellbeing across the population. There have been three Natsal surveys since 1990; the most recent was in 2010/12, and its findings have informed national sexual health strategies, screening programmes and public information campaigns. 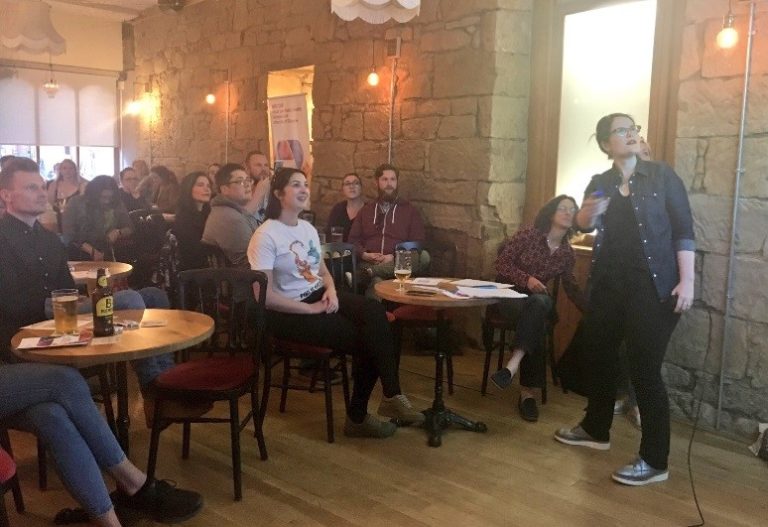 Why do men report more heterosexual partners than women?

In our second talk, Kirstin examined an intriguing finding from the latest Natsal survey, which is that men report far more heterosexual partners in their lifetime than women (14 versus seven). Yet logically, in a closed population with roughly the same number of men and women, the mean number of heterosexual partners should be about the same. We explored a range of reasons for this ‘gender gap’ and learned that two-thirds of it can be explained by three things: a tendency for men to report extreme numbers of partners, a tendency for women to count their partners and men to estimate, and gendered differences in attitudes towards casual and non-exclusive sex (which leads to conscious or unconscious over or under reporting). (The paper on this research appears in The Journal of Sex Research).

In our third and final talk, Ruth explored how men and women who are newly single at midlife talk about the risks of new sexual partnerships. Despite most being aware of rising rates of sexually transmitted infections (STIs) among older adults, men and women in this interview study tended not to see themselves as at risk of STIs, and focused instead on emotional risks relating to negotiating sex and dating at a later stage in life, including concerns about physical intimacy in the context of ageing. 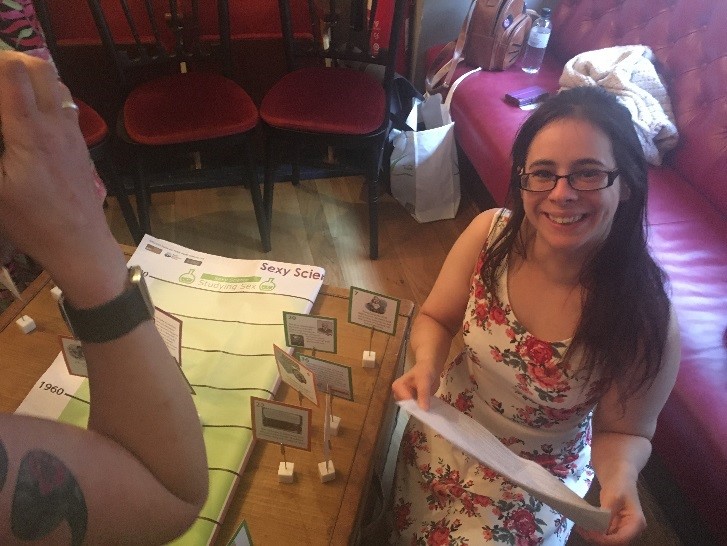 Alongside these talks, our colleagues in the SPHSU’s Social Relationships and Health Improvement programme, Carrie and Julie, brought along ‘Sexy Science’, our home grown interactive exhibit which gets participants plotting key events and advances in sexology over the last few centuries. The game provides an opportunity to discuss just how much has changed in terms of our cultural values and norms, the laws that regulate behaviour, and technologies available to improve sexual and reproductive health.

The audience raised excellent questions following the talks, and feedback on the night from participants was very positive. For any scientists considering taking part in Pint of Science next year we would definitely recommend it as a great opportunity to share research with an engaged audience in a casual setting – so get involved!