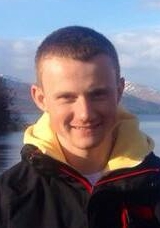 Dr Craig White joined the School of Engineering's Aerospace Sciences Division as a lecturer in December 2014, attracted by the opportunity to develop himself as leading academic in numerical simulation, following a formative period as a PhD student and then a postdoctoral researcher.

Craig's research interests lie in the numerical simulation of chemically reacting high speed gas and plasma flows, using a variety of numerical tools that solve either the compressible Navier-Stokes equations or the Boltzmann equation to give the most appropriate representation of the gas. This helps to provide a more fundamental understanding of hypersonic gas flows and ultimately the design of components, such as heat shields, for spacecraft.

Craig says "My motivation for joining the University of Glasgow was because of the exciting prospect of being able to complement my simulation capabilities with leading experimentalists and fantastic facilities."

The Aerospace Sciences division has been expanding recently, in part due to becoming a partner in the UK National Wind Tunnel Facility, leading to substantial upgrading of the university's high speed experimental wind tunnels.

In addition to high speed flows, Craig has experience in gas flows at the micro- and nano-scale, along with the interaction of the highly rarefied atmosphere with small satellites in low Earth orbit, which opens the door to potential collaborations with researchers throughout the College of Science and Engineering.