Mr Alessandro Peloni, PhD researcher in the School of Engineering, has been granted the 2017 “Italy Made Me” award by the Italian Embassy in London for his PhD research “Solar-Sail Mission Design for Multiple Near-Earth Asteroid Rendezvous”.

The award is coordinated by the Italian Embassy in London, in collaboration with the Italian cultural association “Il Circolo”, the Association of Italian Scientists in the UK (AISUK) and other Italian academic associations in the UK. It is intended to award young Italian researchers across the United Kingdom, in recognition of innovative research in each of the three ERC domains:

Alessandro’s research, supervised by Dr Matteo Ceriotti, aims at exploiting solar sailing for designing missions to rendezvous several near-Earth asteroids (NEAs). In fact, the scientific interest for NEAs and the classification of some of those as potentially hazardous asteroids (PHAs) for the Earth stimulated the interest in their exploration. Due to its propellantless characteristic, solar sailing is a good candidate for a mission to several NEAs.

Alessandro’s PhD provides a set of feasible mission scenarios for informing the stakeholders on future mission options. In fact, it is shown that a large number of five-NEA rendezvous missions are feasible in a ten-year launch window, if a solar sail is used. Moreover, this study shows that the mission-related technology readiness level for the available solar-sail technology is larger than it was previously thought and that such a mission can be performed with current or at least near-term solar sail technology. Lastly, multiple-NEA rendezvous missions as the ones proposed in this research can be determinant for planetary defence as well. In fact, a knowledge about NEAs is needed to plan mitigation strategies against the potential threat to our planet caused by PHAs. The better our knowledge about these objects, the more successful a mitigation mission will be. 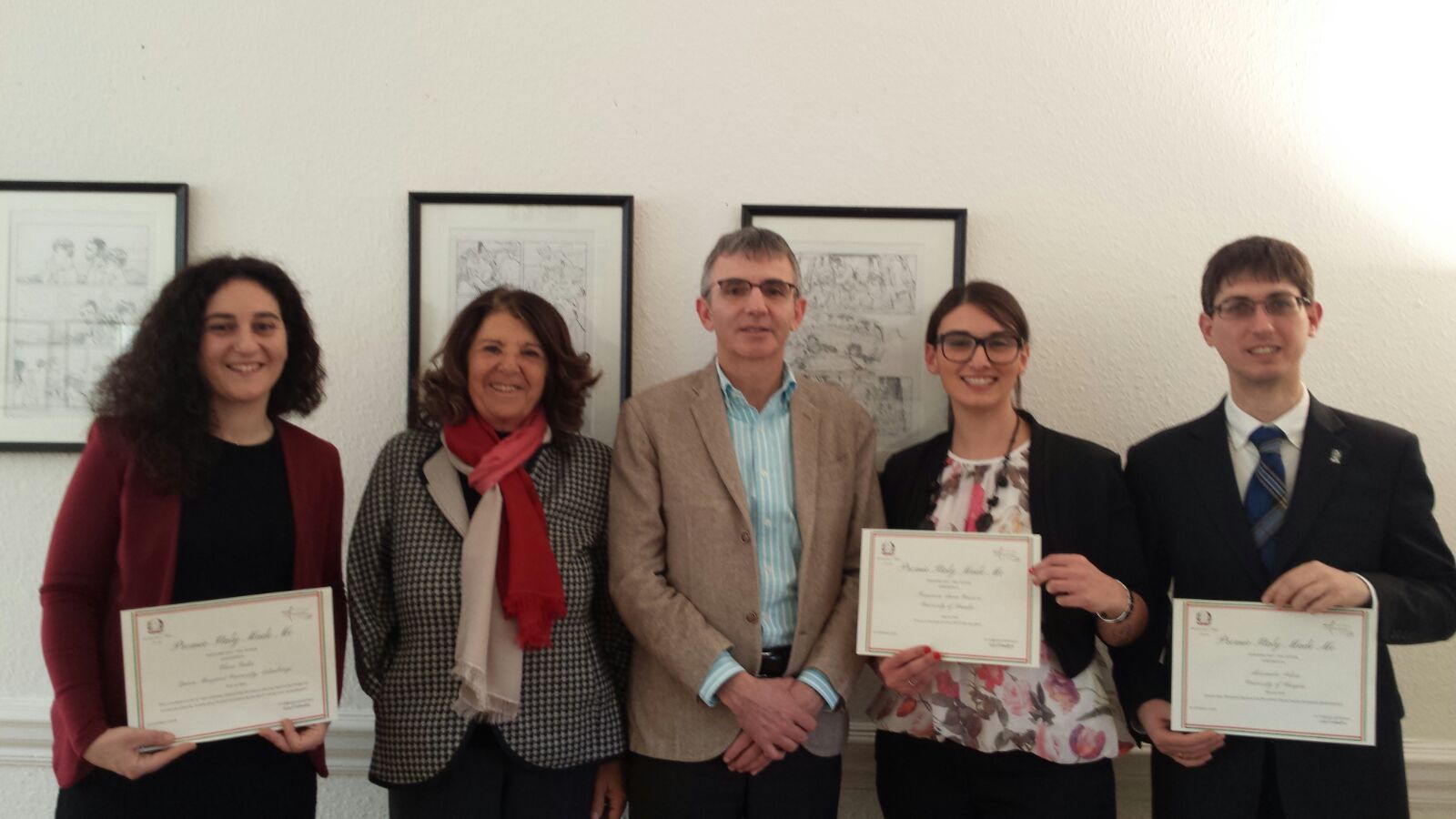 Alessandro (right) was presented with his award by the Italian Consul in Edinburgh, Carlo Perrotta (centre).

Italy Made Me award