Dr Francesco Fioranelli, lecturer in the Wireless Communications and Radar research group within the Systems Power and Energy division has been awarded the 2017 Premium Award for Best Paper in the IET Radar, Sonar & Navigation for his co-authored journal paper “Centroid features for classification of armed/unarmed multiple personnel using multistatic human micro-Doppler” (DOI: 10.1049/iet-rsn.2015.0493). The other authors were Dr Matthew Ritchie (now at the UK DSTL) and Prof Hugh Griffiths (world leading radar expert at UCL, London).

The study investigated the use of experimental human micro-Doppler signatures collected using a 3-node multistatic radar system to identify unarmed vs potentially armed personnel in an area under surveillance (examples of these signatures are shown in the corresponding figure). This can have significant impact for ground-based radar surveillance, for example in border control and security applications.

The paper demonstrated that classification accuracy above 95% can be obtained by using a single feature and combining effectively information from different, cooperating radar sensors. Simple and computationally light features based on the centroid of the signatures were also effective in cases when two people were walking together in the same direction and at similar speed, and one of them might have been armed or not, i.e. situations where the targets were not easy to separate in Doppler or range domain. 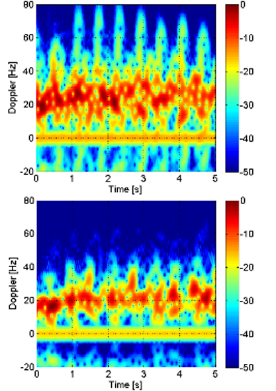 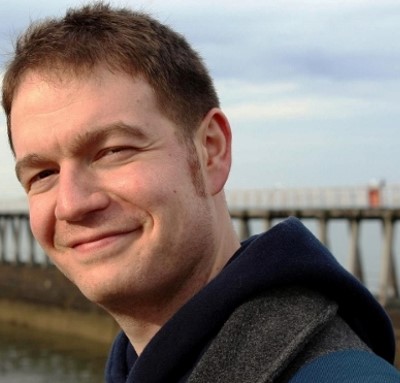