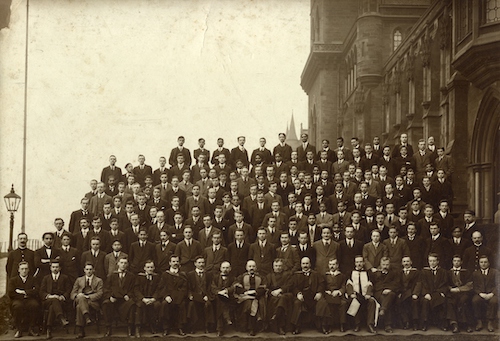 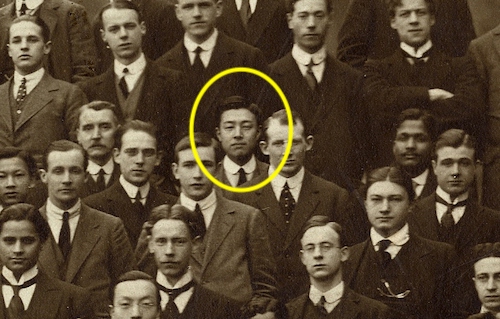 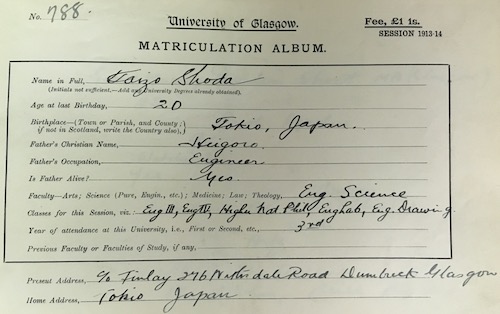 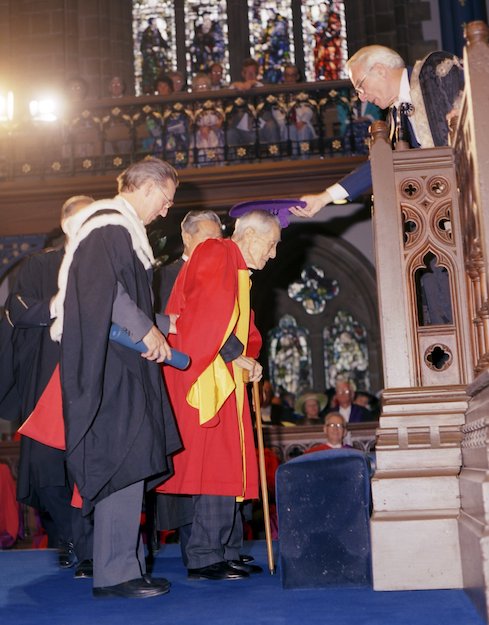 The University of Glasgow has had a long association with Japan that started in 1873 when the University played a most important role in the establishment of the Imperial College of Engineering in Tokyo. This resulted in many Japanses students travelling to study at Glasgow. Among these was on Tiasio Shoda who arrived in Glasgow in 1911 at the age of nineteen. He studies shipbuilding engineering at the University and graduated with a BSc in 1916 and therafter became an apprentice at Dunmuir & Jackson for one year before returning to Japan and entering the Kobe Shipyard of Mitsubishi. Later he manufactured the Japanese best able fighter, the Zero, and was involved in its mass production during the Second World War. He wont on to a most distinguished career becoming Vice-President of Mitsubishi Industries. In 1988 he returned to Glasgow at the age of ninety-six to receive an Honorary degree of Doctor of Science. In 1997 the Shoda Chair (together with an annual lecture) was established.

At his request, fund-raising took place in Japan to establish the Shoda endowment. Fund-raising was spearheaded by his son A Y Shoda and, in Scotland, by Professor Hugh Sutherland. In 1977 the Principal of the University of Glasgow, Sir Kerr Fraser, established the Chair and designated Professor Galbraith as the first holder.

2019 - S Shahpar: 'Wonders of the jet engine: The science and art behind turbo-jet design'

2006 - C Walker: 'Pass the spanner Hannah - The contribution of women to aviation'

2004 - F Coton: 'Everything you wanted to know about aerodynamics but were afraid to ask'

Gordon Vette giving the Shoda Lecture on the 7th May 2003

More information regarding the history of Aerospace Engineering at the University of Glasgow can be found in the book: 'FROM PILCHER TO THE PLANETS' by D. Cameron, R. Galbraith, and D. Thomson.