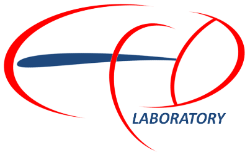 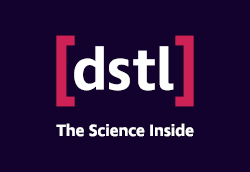 This project at the University of Glasgow is funded by the Defence, Science and Technology Laboratory [dstl] of the UK, under contract number DSTLX10000129255.

Smart rotor blades featuring flaps, trailing edge extensions, morphing tips, active twist, etc. are currently studied to provide better performance over conventional designs. In the UK, the trailing edge flap has been extensively studied as part of projects like REACT and RTVP of Leonardo Helicopters. In Europe, the Clean Sky 2 project also considered main rotor blades with flaps of the Gurney type. In the US, model scale rotors with several trailing edge flaps have also been studied aiming at noise and vibration reduction.

The STAR project (Smart Twist Active Rotor) is an international effort looking at active twist blades. A conventional planform is used and fitted with piezoelectric Macro Fibre Composite (MFC) actuators that can change the twist in a static way (hover) and dynamically (forward flight). Glasgow University is working with the STAR team to deliver high fidelity aeroelastic modelling of the envisaged blade.

At present the performance of the baseline design is evaluated using HMB3 and HMB MiddleWare of Glasgow. Hover rigid and aeroelastic cases have been analysed and compared with the project partners and multiple forward flight datapoints have been computed in an effort to predict points of interest for the experiments.

The performance, vibration and noise charactersics of the hovering and level flight are evaluated, while using and developing HMB3 and HMB Middleware of Glasgow. Both rigid and aeroelastic models are compared, and harmonic active twist results have been published.

The experimental rotor blades have been tested in the whirl tower in 2022 and will be tested extensively at the DNW-LLF (German-Dutch Wind tunnels - Large Low-speed Facility).

This project at the University of Glasgow is funded by the Defence, Science and Technology Laboratory [dstl] of the UK, under contract number DSTLX10000129255.