The Division of Aerospace Sciences has extensive research expertise in a wide range of areas associated with the simulation and analysis of flight vehicles.  Rotorcraft flight mechanics has been a particular expertise for a number of years, and this has given the legacy of mature and well validated simulations which continue to support high quality research in areas such as advanced rotorcraft configurations and pilot/rotorcraft coupling.

Facilities supporting our research include a fully instrumented autogyro aircraft, a flight simulator and wind tunnels. 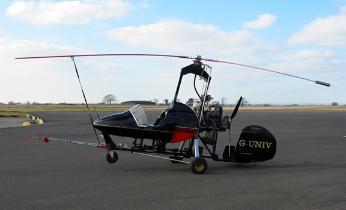 Following a spate of unexplained fatal accidents involving light gyroplanes between 1989 and 1991, the UK Air Accident Investigation Branch funded a research programme at the University of Glasgow to improve the understanding of aerodynamics and flight mechanics of gyroplanes.  At the outset of the research programme in 1993, the aim was to establish the general stability characteristics of a gyroplane and then determine which aspects of its design were most influential on its dynamic characteristics. The primary output of the research with the CAA was an engineering mathematical model of the aircraft so that design features, changes and hypothetical situations could be examined in safety. The mathematical model, RASCAL, is a high-order, high-fidelity simulation previously developed at the University of Glasgow to investigate helicopter-related problems.

Ongoing research checked the fidelity of the model against flight test data gathered during a number of campaigns with two fully-instrumented light gyroplanes.  The research demonstrated that the vertical location of the centre of mass in relation to the assumed propeller thrust line is the key parameter leading to aircraft instability. This was a particularly important finding since the incorporation of more powerful engines and larger propellers into gyroplane design had resulted in the propeller being raised to ensure clearance with the craft’s keel, thereby raising the centre of mass.  The key output was the 2008 report to the CAA (http://www.caa.co.uk/application.aspx?catid=33&pagetype=65&appid=11&mode=detail&id=4184) recommending gyroplane design changes including lowering the keel. The report’s findings were integrated into CAA’s current British Civil Airworthiness Requirements (BCAR) Section T: Light Gyroplanes, legislation which governs the safety of gyroplanes.

As well as directed research for CAA, researchers in Glasgow have used the aircraft, and the data it produced, in studies of autogyro handling qualities, rotor aeroelastic modelling, validation of rotor inflow models, and currently, autogyro control studies. 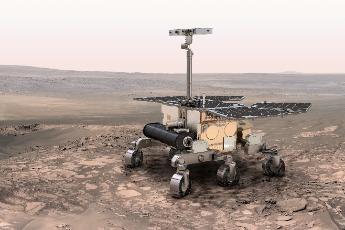 In mathematical terms, simulation would normally be considered as the calculation of the response of a system to control inputs or disturbances.  For an aircraft or helicopter this might be the flight trajectory or manoeuvre that results from a set of pilot control inputs.  Inverse simulation, as the name implies, is the reverse of this process, in other words, given a desired output, what control inputs are required.   Again, referring to the helicopter case, what control inputs must the pilot apply to fly a defined manoeuvre.

Development of inverse techniques has been the focus of considerable research in Glasgow for many years.  The particular applications were initially to rotorcraft. This type of study provided valuable insight into the manoeuvre capabilities of the modelled vehicle. As well as general analysis of manoeuvrability, there were also specific applications in the study of the ship/air interface, platform operations and handling qualities.  A mathematical model of the vehicle is of course required, but the inverse technique can be applied to any vehicle or system.  A couple of other examples include under water vehicles and land vehicles.  The UK Space Agency has funded a study into developing guidance and navigation algorithms for a planetary rover. 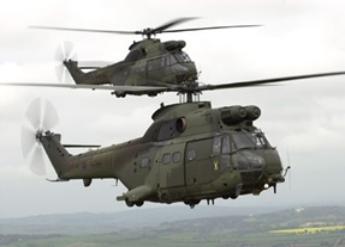 The focus of research in helicopter flight dynamics is the mathematical modelling and analysis of novel configurations.  The Division has a number of mathematical models covering the spectrum from simple low order models through to complex individual blade models with detailed rotor wake representations.   These models can be used to simulate different rotorcraft configurations, including autogyros.

This is complimented by use of the industry standard package: FlightLab developed by ART.  This gives a flexible simulation environment in which to study rotary and fixed wing aircraft flight dynamics.  For piloted simulation, the Division has developed a fixed base research simulator using FlightLab as its real time engine.  This offers opportunities for research in the areas of handling qualities, pilot interface, and control system design.  The simulator uses a series of projectors to give the pilot an outside view on a 6m diameter circular screen.

Current projects include a study of the flight dynamics of novel compound configurations including co-axial rotor vehicles and thrust compounding.  A baseline model of a, Agusta-Westland Lynx has been modified to represent two compound configurations allowing the benefits of these vehicles to be analysed against those of a conventional counterpart. 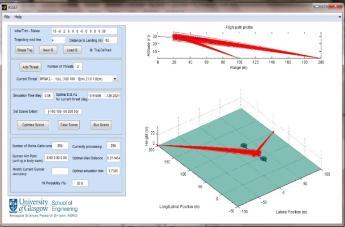 Every year, engineering projects are becoming ever more complex. No longer can a project team focus solely on the design of their system in isolation, rather they must consider issues such as network-centric operation, sustainability, robustness in multi-role operation etc. from the outset. To facilitate the design and optimisation of complex engineering systems, we are developing a multi-resolution, multi-agent autonomous systems simulation engine with software toolsets called MAVERIC (Modelling of Autonomous Vehicle Environments using Robust, Intelligent Computing). MAVERIC uses concepts from cognitive reasoning and agent modelling to decide on the most appropriate model structure and complexity for each event in the simulation of systems-level operational vignettes. This is useful as a systems engineering design tool, allowing new models of components and subsystems to be integrated into an operational simulation as soon as they become available. MAVERIC can also be used in system-level design optimisation and supports our research into expanding civilian uses of autonomous systems. Current and recent MAVERIC projects include: