I have taught in the School of Critical Studies at the University of Glasgow since 2012. Before this, I completed a BA in English Literature at the University of Warwick in 2004, and an MA in 2005. My doctoral work was undertaken at Durham University, and my thesis considered English literary representations of Helen of Troy and Medea, from the Middle Ages to the mid-seventeenth century. From 2010 to 2012 I held a Leverhulme Early Career Fellowship at Newcastle University, researching classical myth in the works of two prolific early modern authors, Robert Greene and Thomas Heywood.

In March 2016 I co-organised a seminar at the University of Melbourne, on the topic 'Myth and Emotion in Early Modern Europe'; a conference report is available on  www.northernrenaissance.org/polaris/ In May 2015 I organised a seminar for EMSIS (Early Modern Studies in Scotland), on the subject of politics, myth and early modern literature. In April 2012, I organised a conference at Newcastle University, 'Popular Fiction and the English Renaissance', which was funded by the Society for Renaissance Studies and the Leverhulme Trust. I have organised conference panels for the meetings of the International Congress of Medieval Studies (2009) and the Society for Renaissance Studies (2010). I have presented on my own work at various national and international meetings, including those of the International Congress of Medieval Studies, the International Medieval Conference, the Society for Renaissance Studies, the British Shakespeare Association, the European Shakespeare Research Association, and the Renaissance Society of America.

In February 2017 I gave an invited talk to the Centre for Early Modern Studies at Aberdeen University. In April 2016 I gave a guest lecture at the University of Bern, on Medea in medieval English literature, for the course 'Heroic Women in Classical and Middle English Literature'. I have reviewed journal articles for Studies in English Literature, Early Modern Literary Studies, the Journal for Early Modern Studies, and the Journal for Eighteenth-Century Studies, and books for journals including Medium Aevum, Renaissance Quarterly, and Translation and Literature. I am currently reviewing for the Journal for the Northern Renaissance. I sit on the editorial board of the undergraduate journal the Durham English Review.

I am increasingly interested in ways to share my research with schools, and I have written two Teaching Notes for use in schools for the Association for Scottish Literary Studies. These focus on ways to teach Liz Lochhead's plays Medea (2000) and Thebans (2003). The first of these Teaching Notes will shortly appear on the ASLS website, and the second is currently under review.

In 2015 I advised on the BBC programme The Secret Life of Books: The Faerie Queene, broadcast October 2015.

In 2012 I supplied programme notes for a production of John Webster's The Duchess of Malfi (Old Vic Theatre, London, dir. Jamie Lloyd).

Heavey, K. (2017) Fifty ways to kill your brother: Medea and the poetics of fratricide in early modern English literature. In: Coffin, C., Lafont, A. and Valls-Russell, J. (eds.) Interweaving Myths in Shakespeare and his Contemporaries. Manchester University Press. ISBN 9781526117687

Heavey, K. (2015) 'Properer Men': myth, manhood and the Trojan war in Greene, Shakespeare and Heywood. Journal of the Northern Renaissance, 7,

Heavey, K. (2015) 'Properer Men': myth, manhood and the Trojan war in Greene, Shakespeare and Heywood. Journal of the Northern Renaissance, 7,

Heavey, K. (2017) Fifty ways to kill your brother: Medea and the poetics of fratricide in early modern English literature. In: Coffin, C., Lafont, A. and Valls-Russell, J. (eds.) Interweaving Myths in Shakespeare and his Contemporaries. Manchester University Press. ISBN 9781526117687

For this project I am researching a previously unstudied English manuscript translation of Seneca's Medea, held at the British Library.

As part of this project, I edited Canto XI of Heywood's poem for a digital edition of the whole epic at www.shakmyth.org,  'A Dictionary of Shakespeare's Mythology'. The digital Troia Britannica forms part of the Dictionary's Early English Mythological Texts Series, an edited collection of mythological texts by Shakespeare's contemporaries and predecessors.

I have taught on the following  courses at Glasgow: 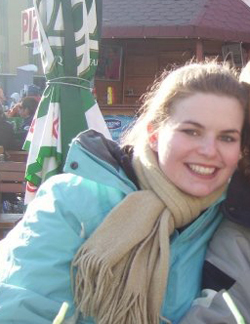