This thesis tests the hypothesis that SF and Fantasy authors such as Maya Kaathryn-Bohnhoff, Philip José Farmer, and Philip K. Dick require their protagonists to think mythologically to transcend the limits of their material universes. These authors use metaphor to blend science and religion throughout their work. This has implications for literary studies, philosophy and critical theory. Science and religion are blended in the psyches of the protagonists in unified cosmological paradigms, and the protagonists act using technological devices powered by spiritual forces. Current psychoanalytic theory cannot account for such religious cognition and critical theory is underequipped to critique fiction which employs it. This thesis addresses the critical gap, overcoming it by explaining how these authors blend spirit and matter, both in their protagonists’ psyches, and in their wider fictional universes at large. The authors manage this by dramatizing conceptual blending in heroic cognition and by developing blended material-spiritual universes which operate based on coherent rules. So far, I have written chapters two and three. Chapter two analyses the spiritual Fantasy of Bahá'í author Maya Kaathryn-Bohnhoff (The Mer Cycle), and chapter three focuses on the mythological SF of Philip José Farmer (Night of Light).

In chapter two I explain how Bohnhoff’s protagonists are vehicles for supernatural forces by virtue of spiritual cognition. To explain how Bohnhoff develops her protagonists’ spiritual cognitive abilities I have inverted the Lacanian mirror-stage to develop a theory of the Bahá'í mirror-stage. This theory inverts Lacan’s assumptions that the self is perpetually alienated and fragmented to show the Bohnhoffian heroic-self moves toward detecting deep personal integration within a unified material-spiritual cosmos. The adept Bohnhoffian protagonist uses spiritual cognition to discover knowledge of the universe depends on finding her inner Geist and by moving towards being-beyond-desire. This inversion of Lacan leads to my theory of the psychoanalytic god. In chapter three I show how Farmer highlights vitalistic tensions between Nietzschean and Jungian paradigms in the psyche of the psychopathic protagonist, Father John Carmody. I have compared the philosophies of Nietzsche and Jung (and contemporary cognitive psychology in general) to illustrate how they are diverse (but internally and externally consistent) interpretations of a singularly unified reality. Because Carmody is ultimately a Jungian hero who achieves self-realisation by allowing his transcendent function to overcome the tensions between the internally consistent modes of (material) Nietzschean will-to-power and (spiritual) Jungian self-realisation, I have had to develop a new blended description of the (psychoanalytic) universe to unite these two diverging worldviews. 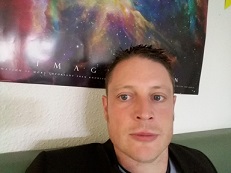