Research title: The Sick Apple: A geocritical investigation into female mental illness in New York fiction set between 1925 and 1955

The objective of my doctoral research project is to discover how and why so many female characters suffer from mental illness in New York based fiction.  How did the rapid growth in both population and structure impact upon women and how is that reflected in the literature, both portraying and written by women?

This study will cover the period from 1920 to 1945, from the introduction of female suffrage and the ban on the sale of alcohol to the publication of the Mental Health Act “to improve the mental health of U.S. citizens through research into the causes, diagnosis, and treatment of psychiatric disorders.” This era coincides with that of High Modernism, which saw the literary innovations of fragmentation, unstable plotlines, unreliable narrators and the externalisation of thought twinned with an exploration of metropolitan existence. These disorienting devices speak to the modernist interest in different perspectives, altered reality and mental illness.

With the exception of Virginia Woolf, most critical attention was formally reserved for the alpha male authors of modernism, Joyce, Hemingway and Eliot, but much work has been done to highlight female writers since Shari Benstock’s reclamation of The Women of the Left Bank in 1986.  Following in this vein, I will engage with the relationship between female mental illness and the city, in New York rather than Paris, focussing on women writing about the New York female of the 1920s, 30s and 40s.

This timeframe was a period of immense social upheaval in America, spanning Prohibition, the jazz age, the post-war boom followed by the Depression, the growth of New York to become the most populated city in the world and the Second World War; a time when the struggles of female characters to survive in the City are repeatedly portrayed in the New York literature of women writers.  I seek to bring out the subtext of female mental illness and re-position it as the centre of critical engagement with these texts to gain a new perspective on the cultural significance of mad women in New York. 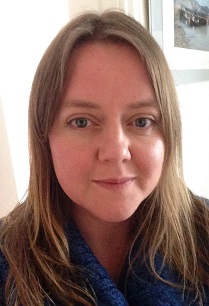