Composer, with an output covering a wide range of instrumental, orchestral, electronic and vocal forces. Commissions have been from such diverse organisations as the BBC, Paragon Ensemble, St Magnus Festival, Musica Nova, Cappella Nova, Mayfest, the STUC, Glasgow University, RSAMD, Moving Music Theatre, McNaughten Concerts, Theatre Cryptic, The Scottish National Jazz Orchestra and the Jim Henson Organisation. Equally diverse are the genres explored, from concert works through music for theatre, dance, movement, film and television and including a number of works designed for use in music in education.

The two main inspirations of my music are traditional Gaelic music and jazz; these can be found combined in An Rathad Ur for jazz saxophonist and orchestra, although the influence of one or the other of these musical streams is seldom far away in any of my works.

The incidental music for a film An Iobairt (The Sacrifice) won the Scottish BAFTA Award for Best Music in 1997. This was scripted by Aonghas MacNeacail, who was the librettist for the opera An Turus (The Journey), an opera commissioned by Paragon Ensemble, Scotland and premiered by them in 1998. Further collaborations have been Àirc an dualchais (Inheritance Ark), commissioned for the opening of the Museum of Scotland in November 1998 and Na thàinig anna a churach ud (All that came in that one coracle), commissioned for the opening of Arainn Chaluim Cille (the new campus for the Gaelic College on Skye) in 1999.

In 2005, won a prestigious Creative Scotland Award, for which he created Schemes, Blues and Dreams (premiere in June 2007), a collaboration with blues artist Fraser Speirs and with technical advice from Dr Nick Fells.  String Quartet No.3 (2004) was recorded by the Edinburgh Quartet and is issued on the Delphian label.

Other commissions in recent  years have been from the Scottish Ensemble: Gabhail a Chreig (Taking the Rock), 2007) and the RSAMD:  The Tree o' Licht for Stringfest 2008.  In 2010, a new edition of a 90-minute musical setting of Hugh MacDiarmid’s epic poem ‘A Drunk Man Looks at the Thistle was toured around Scotland to great critical acclaim.  Granted a residency at the Kone Foundation’s Saari Manor in Finland, he completed a large-scale Sonata for Cello and Piano which was premiered in Scotland by the Finnish Cellist Erkki Lahesma and pianist Fali Pavri and then in Turku, Finland by Robert Irvine and Fali Pavri.

‘O Tierra Esperame’  - setting of the poem by Pablo Neruda.
‘The Kreutzer Sonata’: Tolstoy, Janácek, and the Narrative Voice – a study of Janacek’s String Quartet No.1

I welcome PhD applications from students in the area of composition. 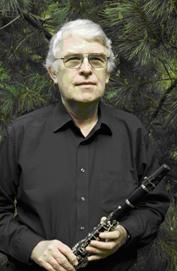