Professor Dame Anna F. Dominiczak stepped into the role of Editor-in-Chief of Hypertension on 1 January 2012. Hypertension is an American Heart Association Journal, which is recognised as the top journal in its field.
Within the first year of the new editorial board, they achieved an increase in both submissions (2%) and published articles (5%) in the area of clinical and population science. They developed several new initiatives, including launching an App for iPad, which was downloaded thousands of times in the first few months, and establishing a presence on social media platforms. They have commissioned new topical reviews and introduced new features; ‌reduced time from submission to first decision; and added 2 foreign language editions (Chinese and Spanish) which are distributed 4x a year.
Hypertension continues to build on its successes of previous years, with ever-increasing clinical submissions and published content. The Journal Citation Reports’ scientific impact factor continues to be the highest of any journal devoted to basic or clinical hypertension research.
Professor Dominiczak began her second 5-year leadership term in January 2017 and, along with her editorial board, continues working towards their main objectives: (1) publish the highest quality original basic, clinical, and population research relating to hypertension; (2) increase the readership and scientific importance of Hypertension; (3) provide fair and quick reviews for submitted manuscripts followed by rapid publication of all accepted articles; and (4) serve well the international community of hypertension researchers and practitioners while being an important vehicle for achieving the mission of the AHA. 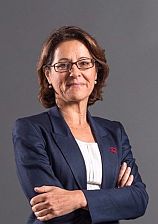 Professor Rhian Touyz has been Editor-in-Chief of Clinical Science since 2012, helping the journal to increase its scientific impact factor, and to increase the number and quality of its received submissions. She has been instrumental in the creation of new initiatives, including the Image Library launched in 2013, of which she is incredibly proud.
Clinical Science attracts papers from many disciplines, since it covers a broad spectrum of biomedical specialities, including the cardiovascular system, cerebrovascular system, gastrointestinal tract and liver, genetics and functional genomics, infection and immunity, inflammation and oncology, metabolism, endocrinology and nutrition, nephrology and circulation, respiratory system and vascular biology.
For the future, Professor Touyz sees the Journal on a trajectory of growth and development; continuing to publish outstanding original research that focuses on understanding mechanisms of human health and disease and that has a major impact. She and her editorial board will encourage the latest technologies, methodologies and novel therapies to be highlighted, so that the journal’s readership is kept at the forefront. I have worked as Editor- in-Chief for Age and Ageing from February 2014 to the present day. Age and Ageing is an international journal publishing refereed original articles and commissioned reviews on geriatric medicine and gerontology. Its range includes research on human ageing and clinical, epidemiological, and psychological aspects of later life. It is published bi-monthly (6 issues per annum). It is the journal of the British Geriatrics Society, whose mission is to improve healthcare for older people. The governance of the journal is through an Editorial Board and Executive Committee, both administered by the British Geriatrics Society.

I have worked hard to ensure the journal publishes high-quality research and cutting edge reviews. This has included important background work reviewing and improving systems and processes in the Editorial Office. The number of new submissions has continued to increase year by year. In 2016 we received 1079 new submissions and processed 314 resubmissions which is a 27% increase in submitted items over the previous year. I read all of these and decide whether they are potentially publishable, and if they are I allocate them to an Associate Editor. I am responsible for overseeing and managing the team of around 20 Associate Editors who contribute to review of these submissions, however the final decisions on publication, and all communications with corresponding authors are made by me. We publish around 15% of submissions, with a median turn-round time of 21 days for final decision. Under my charge the journal impact factor has risen to 4.201, ranking 7 out of 49 in the field of Geriatrics and Gerontology.

Ensuring I have some protected time to do this work has been vital to allow me to discharge properly my responsibilities. Every Wednesday morning I have a session where I work on submissions and content, and hold a virtual meeting with the editorial assistant (who is based in London) by teleconference; others join us as necessary including the publisher's representative (OUP), deputy editor and Chief Executive Officer of the Society. The work of editing the journal spills to out of hours - but having this focus each week makes it manageable.

I've hugely enjoyed the role of Editor in Chief. It has been a privilege to work with all the intending authors, AEs, reviewers, publisher, and officers of the BGS - and an extra-ordinary learning opportunity! 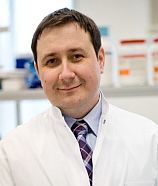 Professor Tomasz Guzik, following an international selection process, has been named by the ESC Board for the position of the Editor-in-Chief of Cardiovascular Research (CVR). The Editorial office of CVR will move to Glasgow from its current location in Leuven, Belgium on the 1st January 2018. The governance of the journal is through the Executive Committee of the Board of the European Society of Cardiology, it’s Council on Basic Cardiovascular Science, and an Editorial Board. We are currently in the process of forming a new editorial structure which will be proposed to the ESC and preparing for the transition period which will begin in July 2017. This will include setting up a physical Cardiovascular Research office in Glasgow.

Cardiovascular Research is the international journal of the European Society of Cardiology for basic and translational/clinical research, spanning all topics within cardiology and cardiovascular biology. The journal aims to enhance insight into cardiovascular disease mechanisms and the prospects for innovation. The journal publishes papers both at the molecular, sub-cellular, cellular, organ, and organism level, and of clinical proof-of-concept and translational studies. At present Cardiovascular Research receives 1500 manuscript submissions a year and publishes on a monthly basis. From rigorous and constructive editorial and peer review, efficient decisions and international dissemination of your research which includes over 2 million downloads a year. The current impact factor (ISI) is 5.465.

One of the key aims for the incoming editorial team will be to increase content clearly linking basic and clinical studies, especially in relation to clinical research which has implications for the understanding of the mechanisms of cardiovascular disease. We will aim to widen the scope of cardiovascular research areas covered by the journal and increase internationalization through involving more international researchers. Recent new initiatives include CVR OnLife – an online only platform for brief knowledge exchange within basic and clinical/translational research.

Cardiovascular Research is actively involved in interactions with all the ESC Journals family which includes European Heart Journal, a key clinical journal of the ESC with which CVR collaborates particularly closely.

We are particularly happy that Cardiovascular Research will be moving to Glasgow and are looking forward to the exciting and challenging times ahead and an opportunity to work with the ESC to further develop this journal. Professor George Baillie was appointed as Editor-in-Chief of Cellular Signalling in February 2018. Cellular Signalling is an internationally respected Elsevier journal that publishes full-length, original papers, written in a concise style, that describe key, novel findings on all aspects of mechanisms, actions and structural components of cellular signalling systems. Professor Baillie has recently broadened the scope of the journal to include manuscripts dealing with biochemistry, protein structure, cell biology, molecular biology, pharmacology, neurobiology, molecular endocrinology and molecular oncology.
Professor Baillie served as co-editor for Cellular Signalling for 6 years before having the great honour to be chosen to lead the modernisation and rejuvenation of the Journal as Editor-in-Chief. He has recently appointed a new team of Co-editors and refreshed the Editorial Board. Novel features of the journal will include themed special issues, faster times to publication and decision on acceptance after a single review. These measures are designed to maintain the impact factor (3.9) of Cellular Signalling, which remains one of the eminent general biochemistry journals with comparable impact factors to Journal Of Biological Chemistry (4.1) and Journal of Cell Science (4.4).