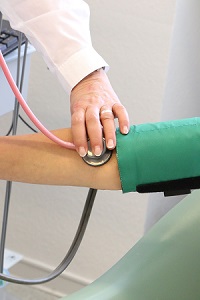 Arterial smooth muscle, like many electrically excitable cells, maintains a low intracellular concentration of sodium by pumping Na out of the cell via a protein called the Na/K pump (or Na/K ATPase). In this ground-breaking study a team from King's College London (led by Professor Mike Shattock) demonstrates for the first time the role of a key regulator of the Na/K pump called  phospholemman. This study, funded by the British Heart Foundation, involved a multicentre collaboration between the team from King's College London and colleagues from University of Glasgow, University of Oxford, Dundee University and Queen Mary University of London.

Professor Shattock said:  "We have known for a long time that the Na/K ATPase is important in the control of blood pressure. This study identifies a novel mechanism that could be targeted to provide a much-needed new therapeutic approach to treating ageing-induced essential hypertension."

The study demonstrates that changes in the phosphorylation of phospholemman profoundly influence vascular tone and blood pressure in mice and these changes correlate with essential hypertension in old age. Excitingly, by searching human genomic  databases, the team discovered a very rare mutation in phospholemman that prevents its phosphorylation and this is associated with a significantly elevated blood pressure in middle-aged men. 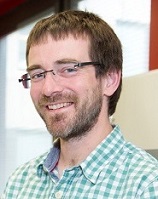 Dr Fuller (University of Glasgow) added: " In recent years we have developed a really detailed understanding of how the protein phospholemman controls essential processes in the heart. This new study has drawn in unique expertise from our colleagues around the UK to uncover a completely new role for phospholemman in blood pressure control. We’re particularly excited because our findings could open the door to completely new treatments for a condition that is notoriously difficult to treat."

The paper is published in the journal Circulation and can be found here - Phospholemman phosphorylation regulates vascular tone, blood pressure and hypertension in mice and man.