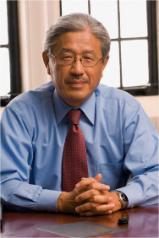 Professor Victor J. Dzau is one of the most influential physician scientists, and leaders in medicine worldwide. He is the Chancellor for Health Affairs and James B. Duke Professor of Medicine at Duke University and the President and CEO of Duke University Health System. Dr Dzau was previously the Hersey Professor of Theory and Practice of Medi¬cine and Chairman of Medicine at Harvard Medical School’s Brigham and Women’s Hospital and the Chairman of Department of Medi¬cine at Stanford University. Dr Dzau has made a significant impact through his pioneering research in cardiovascular medicine, his founding of the discipline of Vascular Medicine, and recently his leadership in Healthcare innovation. His work on the renin angiotensin system (RAS) paved the way for the contemporary understanding of RAS in cardiovascular disease and the development of RAS inhibitors as therapeutics. Dr Dzau pioneered gene therapy for vascular disease and was the first to introduce DNA decoy molecules to block transcrip¬tions as gene therapy in vivo. He pioneered the concept of preemptive gene therapy for myocardial protection. Importantly, his seminal work on stem cell “paracrine mechanism” and the use of microRNA in direct reprogramming provide novel insight into stem cell biology and regenerative medicine.

Among his honours and recognitions are the prestigious Gustav Nylin Medal from the Swedish Royal
College of Medicine; the Max Delbruck Medal from Humboldt University, Charite and Max Planck Institute; the Commemorative Gold Medal from Ludwig Maximillian University of Munich and Frey-Werle
Foundation; the Inaugural Hatter Award from the Medical Research Council of South Africa; the Polzer Prize from the European Academy of Sciences and Arts; the Ellis Island Medal of Honor of USA; the Novartis Award for Hypertension Research; the Distinguished Scientist Award from the American Heart Association (AHA) and a 2010 AHA Research Achievement Award for his contributions to cardiovascular biology and medicine. He is elected to the American Academy of Arts & Sciences, European Academy of Sciences & Arts, and the Institute of Medicine of the National Academies. He has received 6 honorary doctorates.

He serves on the Council of the Institute of Medicine, the board of directors of Research America and the board of health governors of the World Economic Forum. He is also Chair elect of the Association of Aca¬demic Health Centers. He has chaired the NIH Cardiovascular Disease Advisory Committee as well as the Council of Atherosclerosis, Thrombosis and Vascular Biology of the American Heart Association, and has served on the Advisory Council to the Director of NIH. 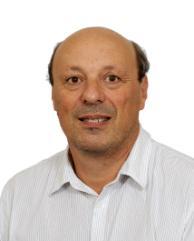 He has received the Pfizer Prize for Biology (1985), the Wellcome Prize in Physiology (1988) and given the QR Murphy lecture at the University of Wisconsin (1992), the Reimer Lecture of the Interna­tional Society for Heart Research (2008), the Dorothy Wedgwood Lecture for Young People (2008) and the Peter Baker Memorial Lecture (2010). He has been elected a Fellow of the Academy of Medical Sciences and to Honorary Fellowship of the Royal College of Physicians. He serves on the editorial boards of Basic Research in Cardiology, Cell Calcium and Experimental Physiology. He is a Senior Consulting Editor of Circulation Research. He is the Editor in Chief of The Journal of Molecular and Cellular Cardiology. Until July 2000, he was Chairman of the Editorial Board of The Journal of Physiology. He was previously Interna­tional Secretary of the Physiological Society and Chair of the British Society for Cardiovascular Research. He is the President of the Federation of European Physiological Societies (FEPS) and president-elect of the In­ternational Society for Heart research (European Section). He chairs the International Scientific Programme Committee for the 2013 meeting of the International Union of Physiological Sciences (IUPS). He has served on panels for the Research Assessment Exercise (RAE) in 2001 and 2008 and is on a panel for REF2014.

His research is focused on calcium regulation in the myocardium. Much of his work has concentrated on the basic mechanisms that regulate the amplitude of the systolic calcium transient and, in particular, the properties of the sarcoplasmic reticulum. His recent work had also shed light on the relationship between abnormalities of Ca regulation and the genesis of arrhythmias. 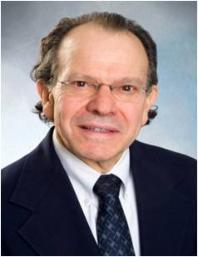 Professor Marc Pfeffer is currently the Dzau Professor of Medicine at Harvard Medical School. He is Senior Physician in the Cardiovascular Division at the Brigham and Women’s Hospital in Boston, and Director of the Car­diovascular Grand Rounds Program. He also serves as Medical Director of Partners Research and Education Program.

A noted researcher, Dr Pfeffer, along with his late wife, Dr Janice Pfef­fer, and Eugene Braunwald MD, is credited with introducing the concept that angiotensin-converting enzyme inhibitors (ACEIs) could attenu­ate ventricular remodelling following myocardial infarction and that this use would result in a prolongation of survival and other clinical benefits. Since this initial discovery, he has had a principal role in several practice-changing clinical trials such as SAVE, CARE, HEART, VALIANT, CHARM, and PEACE. He is currently a leading investigator in TOPCAT, TREAT, ALTITUDE and ELIXA. In addition to his role as researcher, Dr Pfeffer plays an active role in the academic development of trainees and junior faculty collaborating in trials. As the leader of Part­ners Research and Education Program (PREP), he has developed networks of community-based physicians who enjoy making meaningful contributions to clinical investigation.

Dr Pfeffer is Senior Associate Editor of Circulation and is a member of the Editorial Board of several other prominent journals.

An internationally recognized expert in the field of cardiology, he was, in 2006, recognized by Science Watch as having the most ‘Hot Papers’ (highly cited) in all of clinical medicine. He is the recipient of the William Harvey Award of the American Society of Hypertension, the Okamoto Award from Japan’s Vascular Disease Research Foundation and the Clinical Research Prize of the American Heart Association.

Dr. Pfeffer is an Honorary Fellow of the Royal College of Physicians and Surgeons of Glasgow.