Smoking is a leading cause of death but what role will e-cigarettes play in consigning smoking to the history books? Scientists broadly agree that vaping is less harmful than continuing to smoke but are less clear on how best to respond to the commercialisation of e-cigarettes. Major concerns exist about the lack of regulation surrounding e-cigarettes and their marketing, and public health experts fear that any divisions in the public health response might weaken the huge strides made in tobacco control in recent years.

While some public health advocates have welcomed the rapid expansion of the global e-cigarettes market (now a billion-dollar industry) as a route to supporting smoking cessation, others are concerned that the tobacco industry is using vaping to re-build corporate reputation and re-gain policy influence.

This blog examines the fierce public health debates that have emerged around e-cigarettes. Using the findings from a Cancer Research UK-funded project analysing Scottish policy consultations on e-cigarettes and key informant interviews, we consider three questions. 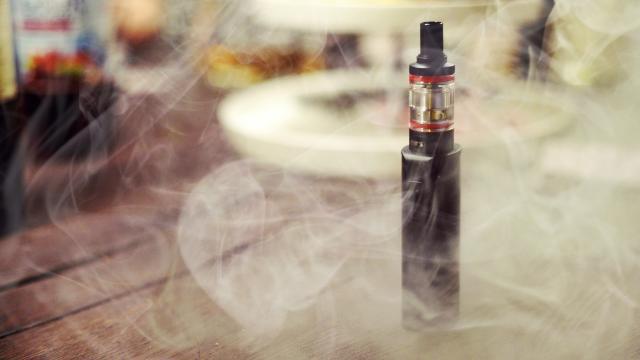 How divided is the public health community on e-cigarettes regulation and marketing?

In our first paper, in the International Journal of Environmental Research and Public Health, we examine the views of health-focused actors on the potential harms and benefits of e-cigarettes and appropriate regulatory responses. Using thematic and social network analysis, we demonstrate that health-focused actors strongly engaged in Scottish e-cigarette policy development and generally agreed on age-of-sale restrictions and regulating advertising. Points of contestation were restricted to understandings of the harms and benefits of e-cigarettes and the regulation of vaping in public places – issues that mapped onto actors contrasting emphases on population or individual health (and an uncertain evidence-base).

Using Scotland as a case study, our analysis challenges the prevalent view that the public health community is polarised when it comes to regulating e-cigarettes and suggests instead that there is constructive dialogue and collaborative health advocacy..

How and why have different types of commercial actors engaged in the e-cigarette policy consultation process?

Many commercial actors seemed concerned about their potential exclusion from policy discussions and, in response, emphasised differences between tobacco and e-cigarette policy engagement. Our findings suggest that Article 5.3 of the WHO Framework Convention on Tobacco Control is unlikely to be sufficient for managing these varying conflicts of interest so new guidance may be required.

What do we know about the role of evidence with policy debates about e-cigarette?

Finally, in BMC Public Health, we examine the role that evidence is playing in e-cigarette debates. We show that, while e-cigarettes may have triggered a breakdown in established public health alliances, there is potential for evidence to provide a path forward. Although actors described drawing on existing values and interests to weigh up policy options, this seemed to be at least partly a reflection of the fact they felt current research had significant limitations (in both quality and quantity).

Some actors in our sample did have clear and fixed policy preferences that seemed unlikely to shift (regardless of any emerging evidence) because these preferences reflected either their material interests or deeply held values. However, these actors formed a minority in our data.

Most of our participants occupied an uncertain middle ground on key aspects of e-cigarette regulation and appeared to be responsive to new evidence. Indeed, rather than finding an irrevocably divided set of actors, our study suggests the sense of polarisation in e-cigarette debates is explained by: (i) recurrent media simplifications; and (ii) the efforts of some actors with fixed positions to influence others, including by strategically promoting supportive evidence and undermining contrary evidence (perhaps because they perceive tobacco control policy to be on the cusp of major change).

We conclude that e-cigarette debates are likely to reconcile only if participants in the uncertain middle ground collectively settle on a shared regulatory approach. Since many of these participants have concerns that can be empirically assessed, emerging evidence may help public health participants identify a more consensual way forward.

Some observers of e-cigarettes debates suggest that traditional public health alliances around tobacco control have ruptured irreconcilably in the context of e-cigarettes. If true, this is deeply concerning – it is an outcome that TTCs have long worked towards and one that risks undermining progress in protecting public health policies from vested commercial interests. Yet our research suggests there are at least three reasons to be optimistic about the potential for public health alliances to be renewed: