Dr Elise Whitley is a Medical Statistician in the Inequalities programme. In this blog, she discusses a recent study looking at the impact of the statutory concessionary travel scheme on bus travel among older people in England.

People around the world are living longer than before. Older people nowadays are often healthier and more active than in the past but a significant number also report feeling lonely or isolated. Obvious antidotes to loneliness include seeing family and friends, taking part in community events, and using facilities such as leisure centres, libraries and museums. However, local opportunities of this type may be limited and, as many people give up driving in older age, traveling further afield may be problematic.

Many countries have concessionary travel schemes for older people that allow them to travel on public transport more cheaply or for free. However, these schemes are expensive to run and, following the global financial crisis, there have been calls for them to be reduced or discontinued. For example, the concessionary scheme in England, introduced in 2001, currently offers free travel on buses to all those over the age of eligibility. Initially all those aged 60 or above were eligible but in 2010 this changed and bus pass eligibility has been rising in line with the female state pension age, meaning that by 2020 you will have to be 66 to qualify. 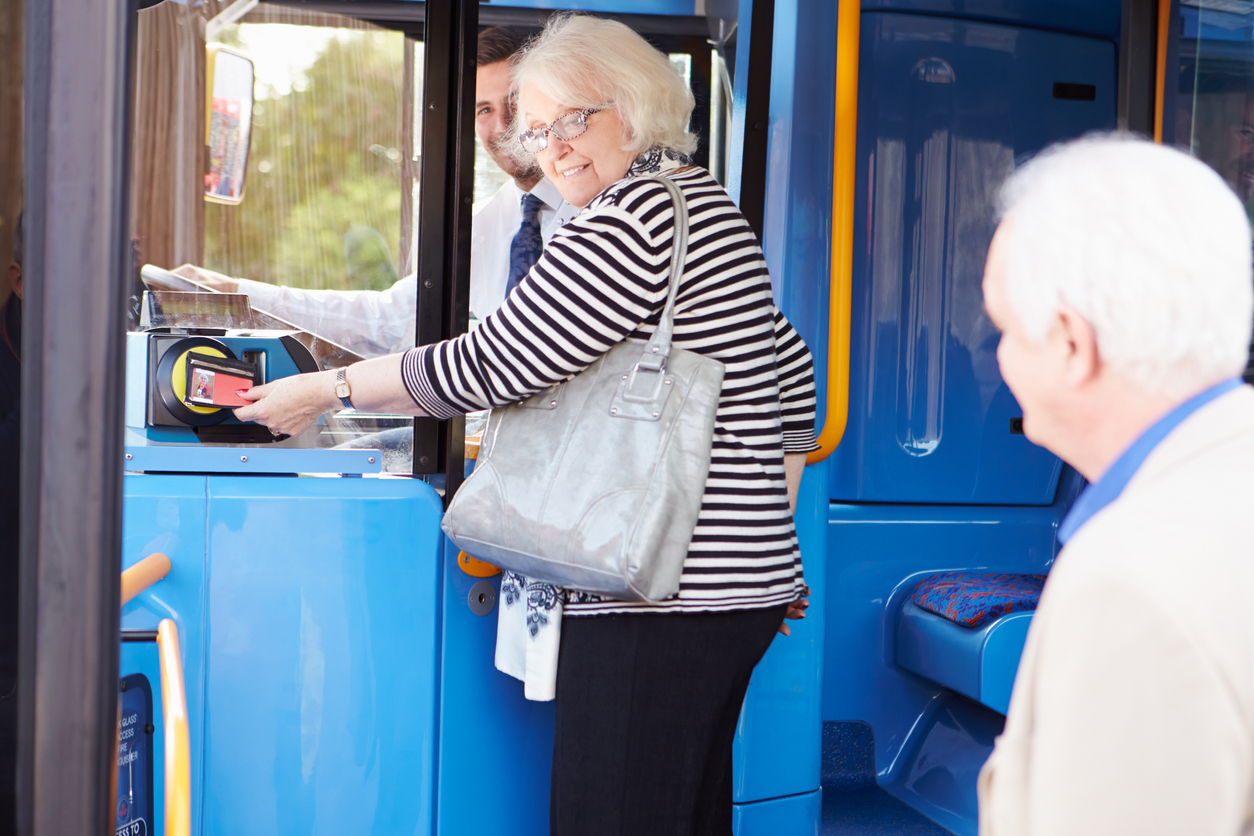 What did we do?

To understand how changes to the English scheme impacted on older people’s bus travel, we looked at annual rates of regular bus use by older people in England from 2002 to 2016, during which time bus passes went from offering half-price to free travel and the eligibility age changed.

We compared travel in two age groups who were eligible for bus passes: the oldest (65-74 year olds) were eligible the whole time while the other group (60-64 year olds) were affected by the change to eligibility age, with fewer of them able to have a bus pass from 2010 onwards. We compared bus travel in these two groups compared with another “control” group of 50-59 year olds who were never eligible for a bus pass. Using this control group allowed us to ignore things that might have affected bus travel in all ages such as changes to bus services or extreme weather conditions.

Although there were small increases in bus travel when bus passes offered half price travel, it was when they started to offer free travel that bus use in our two older age groups really increased, showing how successful the scheme was in allowing and encouraging older people to use public transport. As the eligibility age increased from 2010 onwards fewer of those in the 60-64 year age group owned a bus pass (which was expected as fewer of them were eligible). However, we found that bus travel in this group also fell, suggesting that people were giving up using the bus rather than pay the full fare.

In addition, and perhaps more surprisingly, we found that the oldest age group also travelled by bus less often from 2010 onwards, in spite of bus pass ownership remaining fairly constant over time.

Why does it matter?

Concessionary travel schemes have the potential to increase the use of public transport in older people, allowing them to take part in activities that may reduce isolation and loneliness. However, they are expensive to run. Eligibility for the scheme in England has been reduced and it appears that those affected by the changes to eligibility age are traveling by bus less often.

Our results also suggest that the impact of raising the eligibility age has led to a reduction in bus travel in those older people who are not directly affected. We can only speculate as to the reason for this trend. It may be that the less universal scheme, now linked to pension age, is less popular and regarded as more stigmatising. Or it may be that couples or social groups in which one party isn’t able to travel for free are opting to use private transport instead or to not travel at all.

Whatever the reasons, although raising the eligibility age for bus passes may have resulted in financial savings for government, it is also important to consider the possible costs of this change in terms of increased isolation and loneliness among older people.