Why we need parenting support work in our Young Offender Institutions

I have been inspired by a wonderful evening at a recent parliamentary reception I was invited to take part in celebrating the Year of the Dad at the Scottish Parliament. The event, sponsored by MSP Gordon MacDonald, launched a DVD of the young dads currently in Polmont Young Offenders Institution, dressed as characters from the children’s story The Gruffalo and talking about what fatherhood means to them. The DVD is a product of a partnership project between Barnardo’s Scotland and the Scottish Prison  Service (SPS) to support parents. Leonee Moorhead, Barnardo’s Scotland’s Children’s Services Manager, and Kirsty Docherty, SPS’s Parenting Officer, spoke about the parenting intervention work over the last two years, and we heard from Tommy Watt, SPS Head of Offender Outcomes at Polmont and the Scottish Government’s Minister for Childcare and Early Years, Mark McDonald. I was asked to explain what we know about parenting work and prisons from an evidence based research perspective, connected to my work in this area. Barnardo’s Scotland’s Martin Crewe ended the evening with a poem, Gruffalo style, featuring the speakers as woodland characters. What was so inspiring was that the event truly reflected a growing recognition, backed up by research evidence, that positive father involvement and engagement with their children leads to better child outcomes, and it can also lead to better outcomes for the young men. For those who are incarcerated, where there is a positive relationship with their child or children this can reduce the likelihood of returning to prison. 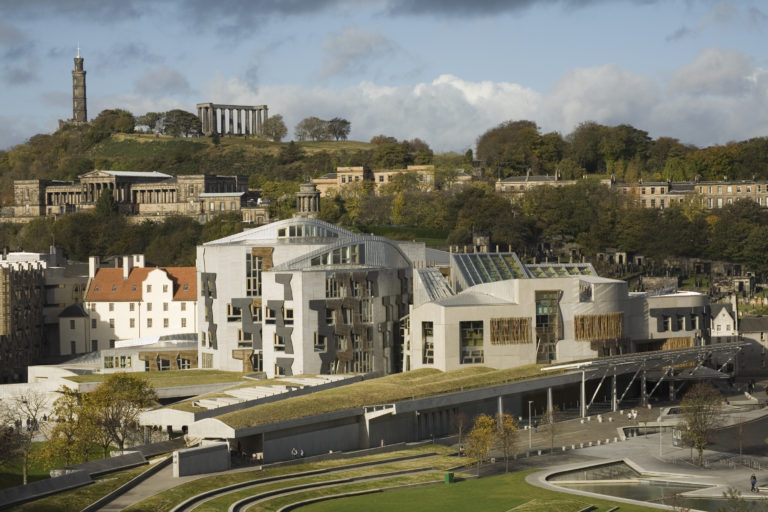 My first prison experience was over a decade ago when I conducted a research study asking HMP YOI Perth inmates there about their sexual and reproductive health. By far the most startling findings to me then were around their experiences of being a parent. I had no idea that so many of the ‘boys’ (it seemed to me) that were incarcerated in our Young Offender Institutions were dads themselves. One in four was the figure I came across when I had a quick look at the literature, though I have learned since that actually we do not know for sure as this information has not been routinely collected. A literature review I undertook found that there had been parenting intervention work taking place in Young Offender Institutions but it was patchy: typically a bit of funding would be found, a programme would be run for a year or so, and then the funding would run out. There seemed to be a tendency for reinvention of the wheel in this, with those arriving fresh to deliver a newly developed programme in one institution not appearing to benefit from the experiences of those who had just finished delivering, a more honed by practice, programme in another. Much of the effectiveness that the literature does report relates to very small scale evaluation, often conducted by the person delivering the intervention, and focusing on (very) short term attitude and knowledge changes, rather than getting to grips with any behaviour change, sustained or not.

I became convinced that coherent development, alongside evaluation, ongoing development and appropriate dissemination, of an evidence based parenting programme for this group of men, these young fathers in HMP YOI Polmont, and incarcerated elsewhere in the UK, could be very important. All of the men I talked to expressed a desire to be ‘a good father’, wanting to be there for their child, to provide for him/her and to do the best by him or her. We know, though, that these young fathers are likely to need a bit more of a helping hand than the average new parent: they are young and young parents do tend to face more barriers to straightforward parenting, due to less stable finances, job prospects and relationships; they are in prison which is not a great basis for parenthood for the obvious reasons that they are not there to bond and establish and maintain relationships on a daily basis; and, it can’t be swept under the carpet, they have gone down a certain pathway in order to land up in prison, and this pathway has often involved alcohol and/or drug abuse, and a childhood that may have featured harsh parenting, and/or the lack of a positive father figure. These factors all mean it might be more difficult for these young men to segue seamlessly into being the good fathers they want to be.

And, hard, if not impossible, to reach in the community, some of these marginalised and probably disaffected young men then do something to end up in prison. Here they are bored, they are often pensive, but they are usually wanting to turn their lives around. For me, they are a captive audience with whom to work in giving them the help they need to be those fathers they want to be! 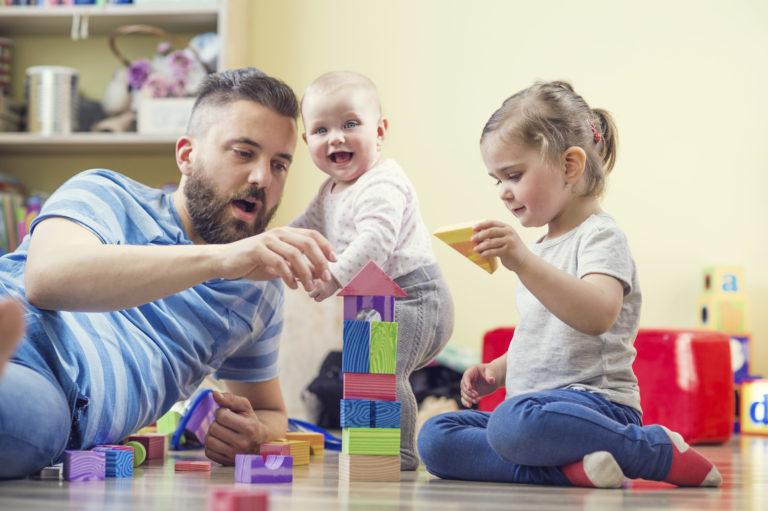 Collaborating with Barnardo’s Scotland and the Scottish Prison Service

In 2014 I was approached by Barnardo’s Scotland to evaluate the innovative parenting work they are undertaking in HMP YOI Polmont. At the parliamentary event I highlighted what I believe to be the most important features of the programme: the valuing and respect for the young dads, manifested in, for example, first name terms in the parenting classroom, the escape from the masculine ethos of the prison halls it provides, the caring and sharing atmosphere created by the facilitators; the encouragement given to the men to reflect on the power they have to change their child’s life for the better, and to break those inter- generational cycles that many of them are very aware of; and the skills work that is undertaken that not only teaches them practical things like how to change a nappy, or how to prepare food for their infant, but also how to communicate and empathise with their child. The men I have talked to who have gone through the programme realise that how they behave matters to their child, and that they can actually stop their child feeling many of the negative things they themselves remember feeling growing up.

Such work is obviously not going to solve everything: we need to know more about what happens to the young men, and their relationship with their children, once they are released. It is probable that structural societal factors, such as inequalities in housing and employment, will sometimes limit what change is possible but I know that the work going on in HMP YOI Polmont can make a difference to some of the young men’s lives, and the lives of their children.

This research was funded by the Medical Research Council.