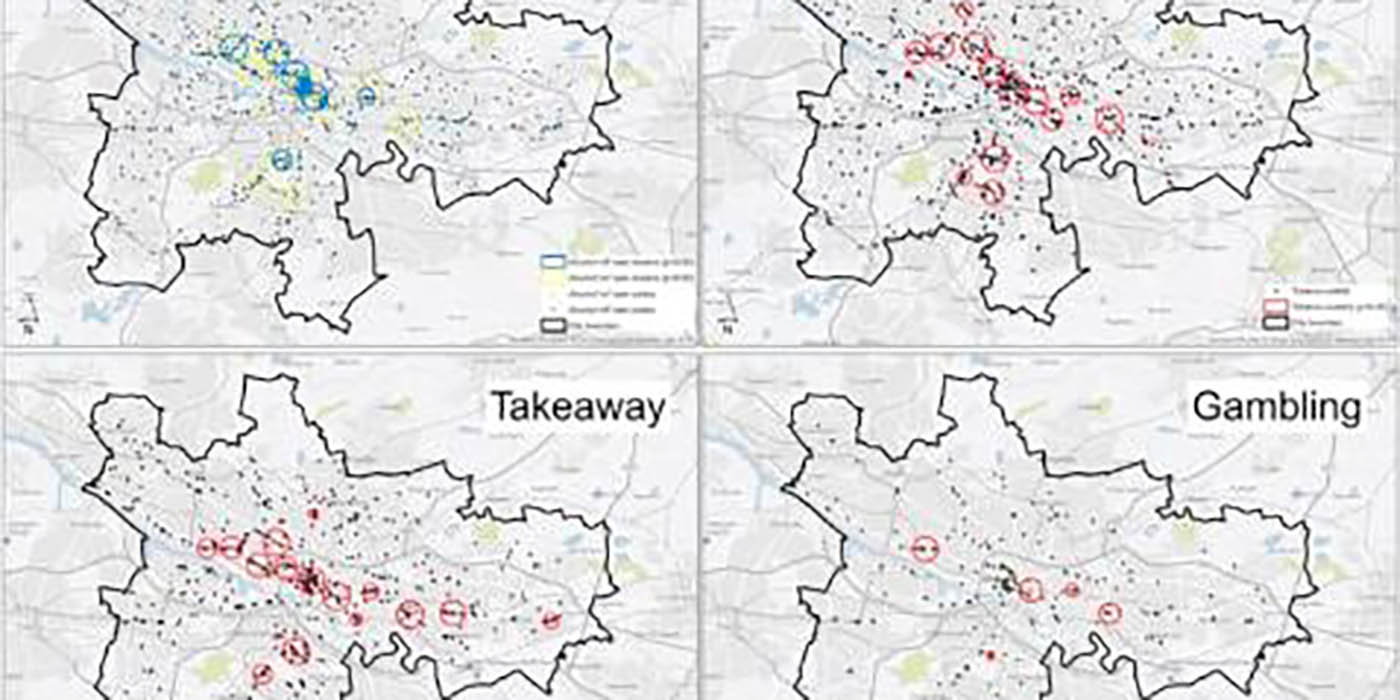 Our work on commodities reflects the development of public health concern about the socio-spatial distribution of commodity retailing. The ease of access to tobacco, alcohol and unhealthy food generally, but particularly in poorer communities, is said to contribute to both higher population levels of consumption, but also inequality.

Our work on commodities has developed in line with our desire to reflect the complex dynamic relationships between multiple exposures. For example, using an innovative application of spatial cluster analysis, our research on Glasgow City has shown that outlets providing potentially health-damaging and/or addictive goods and services were “clustered” within the most deprived areas.

In close collaboration with colleagues from CRESH, we have examined the socio-spatial distribution of alcohol and tobacco retailers across Scotland and explored whether and how these might be associated with initiation, consumption and harm. We have found a consistent relationship between higher densities of outlets and consumption. For example, when we compared those in areas with lowest levels of alcohol outlets to those with the highest, binge drinking and problem drinking increased. In addition, we developed a novel approach to quantifying levels of, and inequalities in, children’s exposure to tobacco retailers by joining the CRESH retail outlet data to our SPACES dataset. We found that an average 10-year-old child was exposed to tobacco retailing 42.7 minutes per week. Children from low-income areas experienced 7 times more exposure than children from affluent areas. In other words, low income children experienced the same exposure in one day as those from affluent areas experience in one week.

The Centre for Research on Environment Society and Health (CRESH)

The Centre for Research on Environment Society and Health (CRESH) website