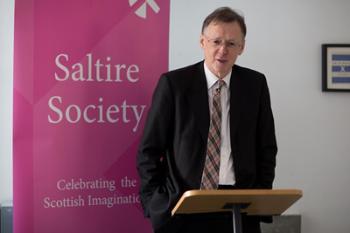 The Saltire Society celebrates the Scottish imagination and gives annual awards for literature, the arts, engineering, architecture, history and heritage. The Fletcher of Saltoun awards seek to recognise outstanding contributions to Scottish society across different walks of life, including contributions to Science, Arts and Humanities and Public Life.

‌‌The awards celebrate the legacy of Andrew Fletcher of Saltoun, a seventeenth century Scottish writer and politician and a keen patron of the arts during his lifetime. Previous recipients include Tom Fleming, Donald Dewar, George Davie, David Daiches, Robin Jenkins and George Mackay Brown amongst others.

“Professor Graham Watt CBE FRSE is an academic who has had a distinguished career in academic general practice and public health, mostly spent at the University of Glasgow, and who founded the Deep End movement to develop professional support for GPs and their teams looking after the most socio-economically deprived people in Scotland. He has received the Fletcher of Saltoun Award in recognition of his contribution to science.”

‌Read more about this story