The Glasgow University Women's Rugby Club (GUWRFC) had one of their most successful years this year, winning BUCS Scottish A, the Scottish plate at murrayfield on silver Saturday and making it to the promotion play off after coming second in Scottish National 1. The 2017/18 captain of the club, Amy McGlashan was awarded player of the season for National 1 - a huge achievement for her individually and a great representation for the skill within the club.  IMCSB PhD student Samantha, along with her team-mates also took part in a charity triathlon arranged by the fundraising secretary of the team, Victoria Renwick. The club raised money for the Doddie Weir Foundation for motor neuron disease. 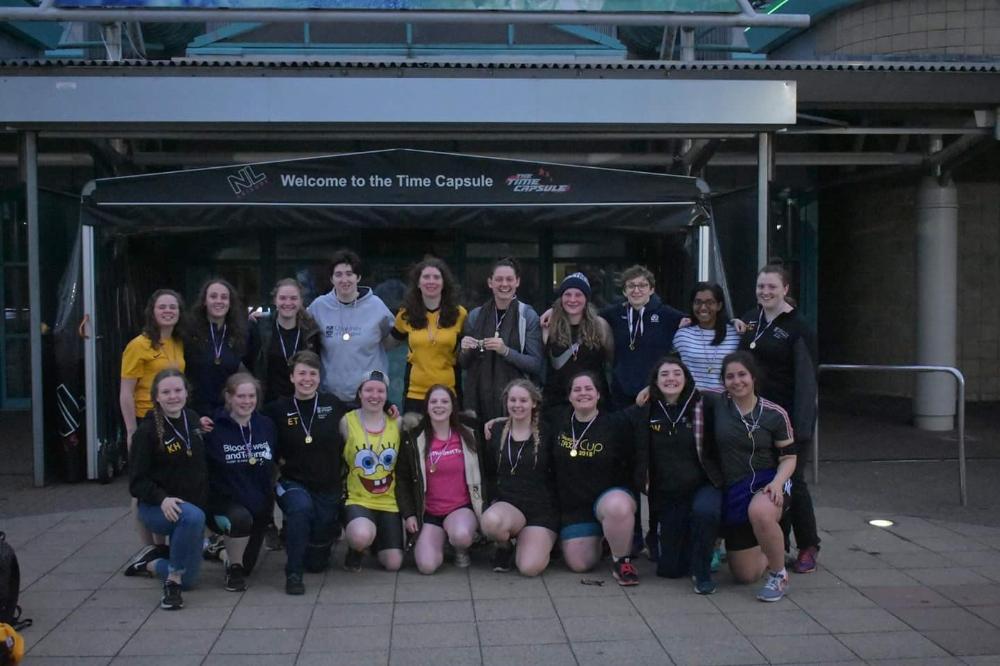 The club was also awarded club of the year by the Glasgow University sports association, celebrating its 30th anniversary, where current and past members of the club got together to eat, play and drink to celebrate the time they spent at the club. Samantha said 'We hosted a black tie dinner, an old vs current team match, a fancy dress night out and a final brunch to tie up the weekend. It was amazing to have so many past team members join us for the weekend'.

You can still donate to the Foundation via the just giving page: https://www.justgiving.com/fundraising/guwrfctriathlon