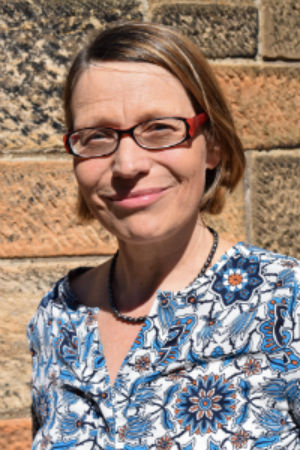 I studied mathematics, biology and linguistics at the Universities of Paris, Heidelberg, and Barcelona, and obtained an MSc in Biology and a PhD in Natural Sciences from the University of Göttingen, Germany. In my PhD project in the group of Dietrich Gradmann I investigated how unicellular marine algae maintain cellular homeostasis for calcium and sodium ions.

I subsequently worked as a post-doc in the laboratory of Dale Sanders at the University of York, UK, where I studied ion transport proteins in barley and arabidopsis using a combination of electrophysiology and molecular biology. During the last two years at York I pioneered the use of microarrays to monitor transcriptional responses of ion transporters to nutrient deficiency and salinity.

In 2001, I took up a Lecturer position at the University of Glasgow, Scotland, followed by promotion to Senior Lecturer in 2004 and to Professor in 2014. Research in my group has continued to unravel the molecular mechanisms that enable plants to adapt to mineral nutrient deficiency, salinity and drought. Current projects investigate the genetic and epigenetic determinants of plant stress tolerance and of root architectural changes under mineral nutrient deficiency. Collaboration with bio-informaticians, computer scientists and software developers has resulted in popular analysis pipelines for large ‘omics’ dataset as well as biometric software for large-scale phenotyping. In collaboration with engineers, the group applies microfluidics technology in synthetic biology and marine bioprospecting projects. I have established a substantial portfolio of collaborative work with industrial partners based on the use of cyanobacteria as a chassis for the production of polymers, pigments and photo-switches.

I am a member of the Scottish Industrial Biotechnology Development Group (SIBDG) and the Synthetic Biology Steering Group, which support the Scottish government in realising strategic plans for the bio-industries. Starting in 2018, I have taken on the role of Editor-in-Chief for Plant, Cell & Environment, one of the leading international plant science journals. My career path also features on the ‘Parent-Carer-Scientist’ webpage of the Royal Society.