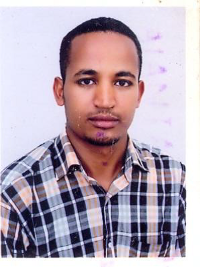 About Bedaso: I am a graduate of Doctor of Veterinary Medicine (DVM) degree from Addis Ababa University College of veterinary medicine in 2007. I did my Masters in Veterinary Immunology from Indian Veterinary Research Institute (IVRI) in 2011. I have been working as a full time instructor in Addis Ababa University College of Vet Medicine since 2007 offering courses for both undergraduate and few graduate classes in the area of Veterinary Immunology. In addition I have served in the college as Head of the department of Microbiology, Immunology and Vet Public Health from September 2013 to April 2016. I have also worked as PI of sub thematic research entitled “Assessment of microbial quality of food of animal origin in central Ethiopia. Currently, I am working as co-PI of a research project entitled as “sequence based vaccine strain selection for serotype “O” and SAT-2 Foot-and-mouth disease virus circulating in Ethiopia: vaccine development and evaluation in cattle”. More over, I have been main and co-supervisor for a number of DVM and graduate students of Veterinary Microbiology. As ZELS-AS student in the University of Cambridge, department of veterinary medicine, I am pursuing a PhD on epidemiology of brucellosis in central Ethiopia with particular emphasis on dairy cattle of greater Addis Ababa dairy belt and occupationally linked human subjects.

Project Outline: Brucellosis, one of the major zoonotic disease problems globally, and bovine tuberculosis (bTB) have profound economic effects on livestock owners as well as causing major human health impacts, and are often tackled together. While largely eradicated or well controlled in developed countries they often remain uncontrolled in developing countries, although in many extensively managed situations the prevalence is not high. In Africa, the three largest cattle populations are found in Ethiopia, Sudan and Tanzania. A rapidly growing human population and high rate of urbanization is a common theme in East Africa, giving increased challenges on farmers and government to meet the demand for food. Emerging cattle sectors in Ethiopia aiming to increase milk supply are however more vulnerable to diseases such as brucellosis and bTB which can thrive in intensive husbandry systems. The aim of this project is to explore the epidemiology of brucellosis in humans and cattle in Ethiopia using research sites in the country established by ETHICOBOTS (for its bTB research), to establish risk factors for brucellosis in humans and animals in Ethiopia, and to perform technology transfer for diagnosis (serological and bacteriological) and molecular characterisation of brucellosis with support and know-how from the UK. A better understanding of Brucella prevalence in the study sites in Ethiopia, and which Brucella species are causing disease in animals and humans, will inform policy-makers of the relevance of developing parallel control strategies for both brucellosis and bTB.