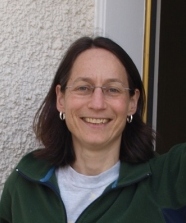 As veterinarian working in the area of food security, I am interested in promoting the health, welfare and productivity of food-producing animals and, consequently, in the people that use them to make a living or to feed themselves and others. My main research interest is infectious disease of livestock and people, although approaches used for research on terrestrial animals also apply to aquatic mammals and fish. In particular, I am interested in the use of DNA-based methods to refine the characterisation of micro- and macroparasites.  Such characterisation at sub-species level or "strain typing", which can be done with a wide range of methods depending on the target organism and the spatio-temporal scale of the investigation, provides detailed insight into pathogen sources, transmission routes and disease manifestations. Based on understanding of these mechanisms, we can provide advice to farmers, veterinarians and policy makers about ways to improve animal and human health and productivity.

Many organisms occur in multiple host species, including people and animals. Streptococcus agalactiae, better known in people as group B streptococcus (GBS) is an innocent commensal in many adults, a deadly cause of disease in newborns, a cause of mastitis (udder inflammation) in dairy cattle, and an emerging cause of invasive disease in elderly people and in aquaculture. We combine epidemiological studies, whole genome sequencing, challenge models and network analysis to gain insight into host-adaptation of S. agalactiae, transmission mechanisms at farm and national scale, and the potential for transmission between different host species, including people, cattle, fish and wildlife.

This project involves collaboration between the University of Glasgow, the Moredun Research Institute, the Institute of Aquaculture at the University of Stirling, Cornell University, and veterinary organisations in Denmark, Finland, Norway and Sweden.

Liver fluke and rumen fluke are trematode parasites that have complicated life cycles involving mud snails as intermediate hosts and livestock, wildlife and humans as definitive hosts. The life cycle of the mud snail is affected by weather patterns and land use policies, which have contributed to a major increase in the incidence and geographic range of liver fluke disease in cattle and sheep in Scotland. Control of the pathogen is limited by many factors, including the lack of suitable diagnostic tests for the juvenile stages, which cause most of the welfare and economic damage in sheep, by treatment failure, which may be due to drug resistance, and by lack of a vaccine. At the Moredun Research Institute, we try to address some of those issues, whilst further work also needs to be done to gain a better understanding of the ecology of snail species involved in the trematode life cycles.

Looking for Galba truncatula, the intermediate host snail of the trematode parasites liver fluke and rumen fluke, which cause severe welfare and economic damage in cattle and sheep.

This project is primarily based at the Moredun Research Institute and involves collaboration with partners at the University of Liverpool, the Centre for Ecology and Hydrology and SRUC.

Dairy cattle are kept for the sake of producing milk. The quantity, quality and shelf life of milk and milk products is affected by milk hygiene and udder health. Mastitis, inflammation of the mammary gland, affects animal welfare, milk production, milk quality and milk safety. Mastitis is generally due to bacterial infection, although other micro-organisms may be involved. My work on mastitis ranges from studies of the host immune response in challenge models to on-farm risk factor studies and outbreak investigations to large scale studies of bacterial populations associate with mastitis. It also covers a large spectrum of science and knowledge exchange, from farmer education to multi-centre whole genome sequencing studies.

Current projects on mastitis are conducted at or in collaboration with the Moredun Research Institute, Cornell University, University of Cambridge, veterinary organisations in Denmark, Finland, Norway and Sweden and commercial partners.

Molecular epidemiology is the use of molecular typing methods to refine our understanding of the spread of disease (or health, for that matter) in populations of animals, people or plants.  In particular, I am interested in the use of RNA or DNA based methods for accurate characterisation of organisms at species or subspecies levels. The choice of method revolves around practical aspects such as cost and availability and evolutionary and epidemiological concepts such as molecular clock speed and the spatio-temporal scale of the investigation. Methods range from PCR and single gene sequencing for species detection and identification to comparative and definitive typing methods for outbreak investigations, molecular surveillance or studies of host adaptation. With technological advances, sequencing of large numbers of bacterial genomes for studies of bacterial populations is now becoming feasible, whilst microbiome and metagenome methods allow for study of organisms that cannot be isolated or cultured. Proper integration of advanced molecular methods with sound epidemiological study designs will be increasingly important to make epidemiologically meaningful use of high throughput molecular typing methods.

Comparative (left) and definitive (right) typing methods may be used to explore epidemiological questions and a range of spatiotemporal scales and budgets.

Molecular epidemiology is a tool in projects involving a wide range of partners, including the Glasgow Polyomics facility, University of Helsinki, Cornell University and the University of Cambridge.