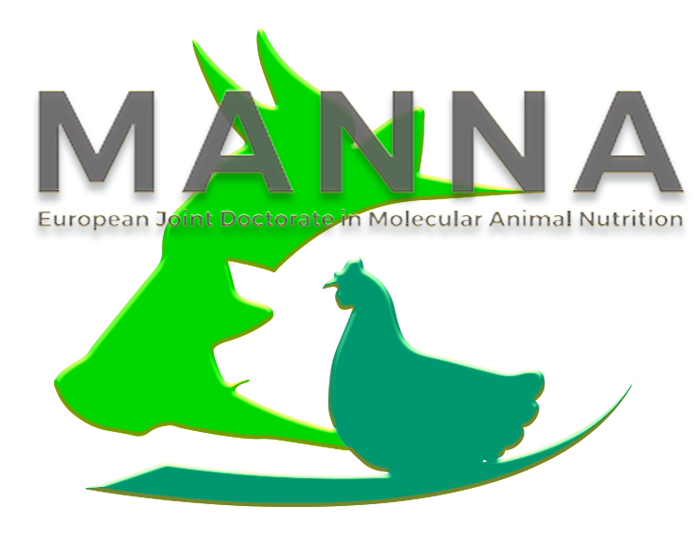 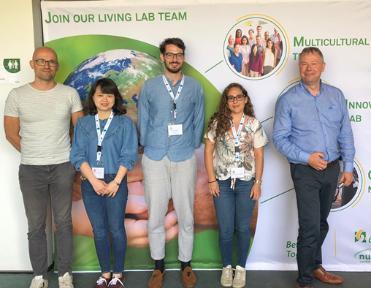 The first preliminary results from the MANNA Project 2 (ESR Gabriela Avila Morales) and Project 5 (ESR Ruben Riosa) were presented during the 70th annual meeting of the EAAP.
The meeting took place from August 26th to August 30th in the historic yet contemporary city of Ghent (Belgium). The main organizer was the Flanders Research Institute of Agriculture, Fisheries and Food (ILVO) under the patronage of the Department of Agriculture and Fisheries from the Flemish Government.
The congress covered a large number of sessions, ranging from animal physiology, metabolomics and further OMICs to insects in a circular economy, animal farming for a healthy world, precision life stock farming and much more. 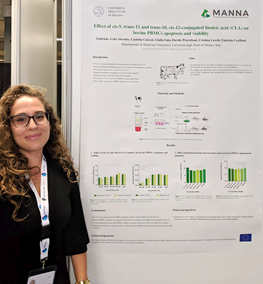 Five MANNA ESRs took part in the conference (Thi Xuan Nguyen, Gabriela Avila Morales, Ruben Riosa, Rafaela Furioso Ferreira and Arash Veshkini), and particularly, Gabriela (ESR 2) presented a poster (Effect of cis-9, trans-11 and trans-10, cis-12-conjugated linoleic acid (CLA) on bovine PBMCs apoptosis and viability) and Ruben (ESR 5) gave an oral presentation during the metabolomics and further OMICs session (Getting prepared for Metabolomics studies: selecting meaningful samples from a large animal study) chaired by Ákos Kenéz.
Gabriela’s poster was presented during the first poster session of the conference on Monday 26th of August.
It reported the preliminary results she had obtained during her first part of the PhD while working at the University of Milan under the supervision of Prof. Ceciliani. Particularly, it focussed on the results obtained from her in vitro study with bovine PBMCs (Bovine Peripheral Blood Mononuclear Cells). The poster was highly appreciated by the participants and she had to answer to several questions from the curious researchers who stopped by.
Ruben’s oral communication, as anticipated before, was presented during the metabolomics and further OMICs session of the conference on Monday 26th of August. It highlighted the first part of his project in which Ruben used machine learning techniques (a subfield of artificial intelligence) to select meaningful samples from a large animal study that he will use to run OMICs techniques to better understand the metabolic variations in the study population he’s working on. The presentation was greatly appreciated, and he comprehensively answered the questions he received from the audience. 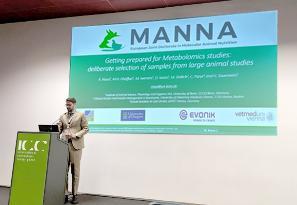 Overall, the conference was an important moment for our Early Stage Researchers in order to get in touch with other researchers and to participate in the interesting sessions that were assembled by the organising committee. Moreover, ESRs were able to take part in the technical tour on Friday 30th  which consisted in a visit to a typical Flanders family-run dairy farm (Melkveebedrijf, Family Van de Keere) located near Ghent, Nuscience company tour (which is also a MANNA partner) and finally they visited the ILVO centre of research.
And of course, since some of the supervisors were attending the conference, there was also some time for our team to organise a quick meeting to set up the programme of the research for the upcoming months