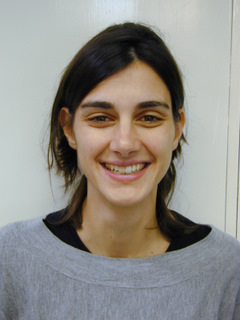 Dr Mafalda Viana, a Research Fellow at the University of Glasgow’s Institute of Biodiversity, Animal Health and Comparative Medicine, has been awarded €1,259,763 for her research into vector-borne disease control.

Her funding is part of over €621million of EU Awards Grants given to early-career researchers from over 50 countries. This year, 408 scientists have won funding from the European Research Council’s Starting Grants, in this year’s first completed ERC competition.

The highly-coveted funding aims to help individual scientists and scholars to build their own teams and conduct pioneering research across all disciplines. The grants, worth in total €621 million, are part of the EU’ Research and Innovation programme, Horizon 2020.

Dr Viana said: “This award provides an exciting opportunity to expand my research portfolio and collaborative network at the intersection of ecology and global health to find new and innovative solutions for malaria control.”

Carlos Moedas, European Commissioner for Research, Science and Innovation, said: “Researchers need freedom and support to follow their scientific curiosity if we are to find answers to the most difficult challenges of our age and our future. This is the strength of the grants that the EU provides through the European Research Council: an opportunity for outstanding scientists to pursue their most daring ideas.”

President of the European Research Council (ERC), Professor Jean-Pierre Bourguignon, commented: “In this year’s ERC Starting Grant competition, early-career researchers of 51 nationalities are among the winners – a record!

“It reminds us that science knows no borders and that talent is to be found everywhere. It is essential that, for its future successful development, the European Union keeps attracting and supporting outstanding researchers from around the world. At the ERC we are proud to contribute to this goal by supporting some of the most daring creative scientific talent.”

The results of this grant competition show a greater diversity of nationalities than ever before: researchers are from 51 different countries across the world, from as
far afield as Taiwan and Cuba. Some 20 researchers will move to Europe from outside the EU and associated countries to conduct new research.

The ERC-funded research will be carried out in 24 countries, with institutions from Germany (73), the UK (64) and the Netherlands (53) to host the highest number of projects.

ERC Starting Grants are awarded to early-career researchers of any nationality with two to seven years of experience since completion of the PhD (or equivalent degree) and a scientific track record showing great promise. The research must be conducted in a public or private research organisation located in one of the EU Member States or Associated Countries. The funding (maximum €2.5 million per grant, including up to €1 million to cover extraordinary costs) is provided for up to five years. Calls for proposals are published once a year for each scheme.