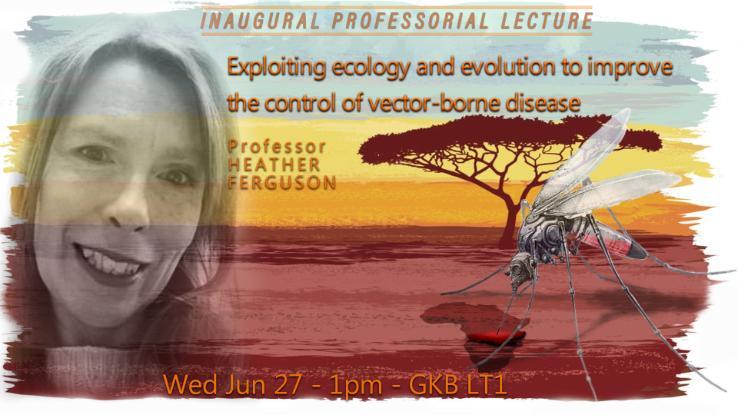 Since 2000, there has been an unprecedented decline in malaria prevalence in Africa; primarily due to the widespread use of control measures targeted at mosquito vectors. At the same time, the transmission of other mosquito –borne pathogens such as Dengue and Zika have rapidly increased and expanded throughout the globe. All of these pathogens impose a significant burden on public health and economic development in affected countries, with future progress being dependent on the development of new control strategies that can more effectively target vector populations. The success of any such approach is crucially dependent on the underlying ecology of target vector species, and their capacity to mount evolutionary responses that allow them to evade control. Here I will summarize key results from over a decade of mosquito vector ecology and evolution in collaboration with partners in Africa, South America and Asia; and highlight how this has contributed to new strategies for vector-borne disease surveillance and control.

Professor Heather Ferguson is a disease ecologist and medical entomologist in the Institute of Biodiversity, Animal Health and Comparative Medicine. She joined the University of Glasgow as a BBSRC David Philips Fellows in 2006, after completing degrees at the University of Toronto, British Columbia and Edinburgh and postdoctoral experience at the Ifakara Health Institute in Tanzania. Her research focuses on the insect vectors that transmit malaria and arboviruses such as Dengue and Zika. Her work encompasses field studies of mosquito ecology and control in Africa a, southeast Asia and South America, laboratory investigations of vector-parasite interactions, and modelling of mosquito population biology and malaria epidemiology. Professor Ferguson’s research is intertwined with training students from Africa as a strategy for building capacity to tackle malaria within endemic settings. She has a longstanding research and training partnership with the Ifakara Health Institute, Tanzania. She is a member of the World Health Organization’s Vector Control Advisory Group, and member of the Young Academy of Scotland.