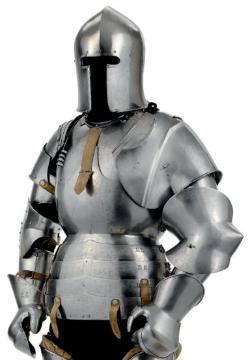 ‘wele & sufficiently arayed as it apertiens to their degree’: Arms & Armour of Fighting Men at the time of Agincourt

This seminar will be led by Dr Ralph Moffat, Curator of European Arms & Armour at Glasgow Museums. It will present objects from Glasgow Museums’ collections to provide a better understanding of the equipment used by the fighting men of this time.