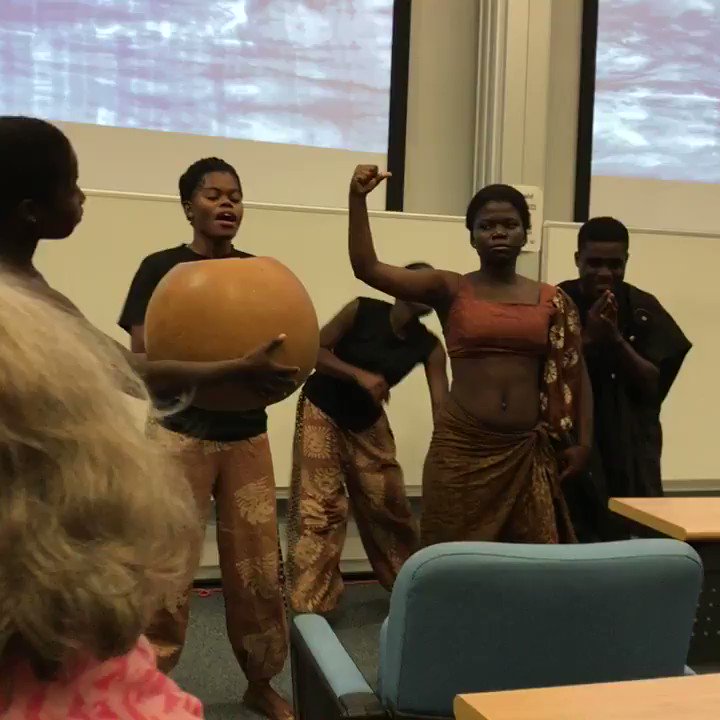 Hospitality is integration - it is everybody's work

On World Refugee Day, The University of Glasgow played host to the Inaugural lecture of the UNESCO Chair in Refugee Integration through Languages and the Arts. The Ha Orchestra welcomed the audience to an unusual event, one that broke a little with the academic tradition, one that was full of song and dance, but also lament for those members of Ha Orchestra and Noyam Dance Institute who could not be with us due to refusal and delay with the arduous visa application process.

The event marked the start of Refugee Festvial Scotland 2017, and opened with a welcome from Senior Vice-Principal, Neal Juster and an overview of activities of UNESCO in UK by the Chair of the UK National Committee for UNESCO, Dr Beth Taylor. Dr Taylor reflected that history has proven that international cooperation in science, culture and communication can promote lasting peace. Poignant words in our current time.  The UKNC for UNESCO featured the launch of the chair in their latest newsletter.

Prof Alison Phipps explored the role language and arts play in societal integration and the creative processes at work in intercultural encounters. She offered a critique and development of existing understanding of integration. She proposes a move away from functional, countable deficit models of integration to a multilateral process that involves all of us. Integration is the art of making culture, rather than remaining unchanged, absorbing newcomers into it.

Professor Alison Phipps repeated her lecture during The Solas Festival (23-25 June 2017, The Bield, Perthshire) where she curated a strand of talks and performance events. You can listen to Sunday Morning with Ricky Ross Live from the Solas Festival until end July 2017 on BBC i-Player.

The University of Glasgow joined the prestigious UNESCO universities network in late 2016 by establishing the first UNESCO Chair in Refugee Integration through Languages and the Arts. Chair-holder, Prof Alison Phipps, is Professor of Languages and Intercultural Studies, and Co-Convener of Glasgow Refugee, Asylum and Migration Network (GRAMNet). A Fellow of the Royal Society of Edinburgh and of the Academy of Social Sciences, she has undertaken work in Palestine, Sudan, Aotearoa New Zealand, Australia, Germany, France, USA, Portugal and Ghana.

Prof Phipps regularly advises public, governmental and third sector bodies on migration, arts and languages policy and participated recently in a witness-bearing visit to Calais for Scottish Members of the Home Affairs Select Committee. She is author of numerous books and articles, a published poet and a regular international keynote speaker and broadcaster and Member of the Iona Community.

You can relive the experience by watching the event in full on the Independence Live website.
Please be aware this is a video of the livestream. An official University of Glasgow video of the event will be available here in due course.

Sunday Morning with Ricky Ross Live from the Solas Festiva