SCENE is surrounded by a rich variety of aquatic and terrestrial habitats. The area as a whole is recognized as being of international conservation value and many of its habitats carry the highest possible designations. 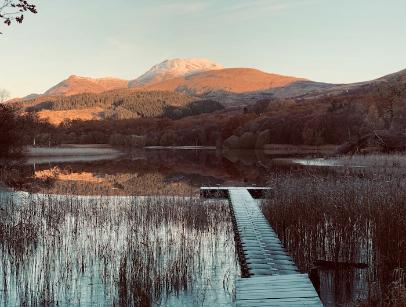 SCENE is located on the eastern shores of the largest lake (by surface area) in Britain. Loch Lomond is uniquely bisected by a major geological fault; thus the northern half is in the Scottish Highlands and the southern half in the Lowlands. This gives the loch a dual character; the north being deep (200m), narrow, and low productivity compared with the south. Adjacent to SCENE is a glacial kettle lake, the Dubh Lochan and numerous small oligotrophic rivers and streams that mostly drain into Loch Lomond. These habitats support a wide range aquatic species of high conservation value and excellent model species for study. Species include the rare powan (Coregonus lavaretus), both Atlantic salmon (Salmo salar) and brown trout (Salmo trutta), otter (Lutra lutra), all 3 native lamprey species, Greenland white-fronted geese (Anser albifrons flavirostris) and a very high diversity of aquatic plants and invertebrates. SCENE has active research programmes on freshwater fish and aquatic invertebrates in Loch Lomond.To find out more about the fresh waters in the Loch Lomond & Trossachs National Park. 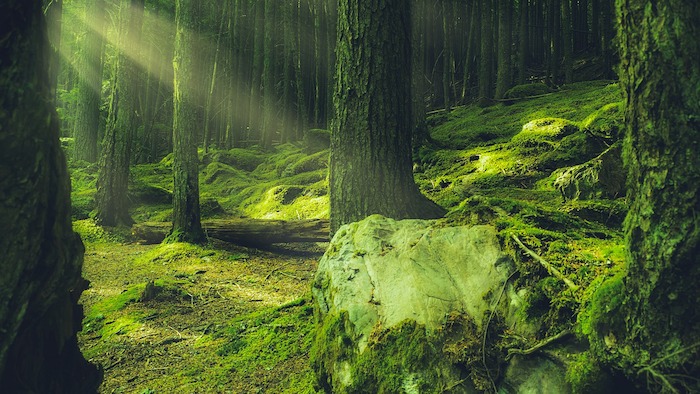 SCENE is located in the midst of the oak-dominated broadleaf forest that covers much of eastern Loch Lomondside. The Atlantic oak woodlands – a habitat type sometimes also referred to as a temperate rainforest – are now restricted to a few locations on the west coast of Spain, France and Britain. The woodland around SCENE has been recognised as a an outstanding example of an old sessile oak (Quercus petraea) wood with Ilex and Blechnum habitat. Atlantic oak woodland is found on acidic soils and is very rich in lower plants (mosses, liverworts (bryophytes) and lichens). Associated with this vegetation and hidden in the bark, under leaves and on the ground, are a myriad of insects providing a feast for birds and as a resultAtlantic oakwoods can contain high densities of such breeding birds (up to 1500 pairs per km2).

The woodland surrounding SCENE is one of the largest semi-natural forests in Britain. Because of the very high diversity of flora and fauna the forest areas have been designated as a “Special Area for Conservation” under the EC Habitats Directive. Notable species include a number of fern species including the broad buckler fern, Dryopteris dilatata, mammals such as both roe (Capreolus capreolus) and fallow (Dama dama) deer, and bird species such as redstart Phoenicurus phoenicurus, pied flycatcher Ficedula hypoleuca, tree pipit Anthus trivialis, and wood warbler Phylloscopus sibilatrix. Most importantly in terms of current research, the forests support high densities of blue Cyanistes caeruleus and great tits Parus major that use SCENE’s nest box study system (consisting of 500 nest boxes) and are studied as part of a long term monitoring of the oak-caterpillar-tit-sparrowhawk food chain by SCENE’s Bird Research Group.

SCENE also offers easy access (2 miles) to the large area of predominantly birch and oak forest on the hillside above Loch Lomond at Cashel, and to a range of commercial coniferous plantations. To find out more about woodlands in the national park, click here. 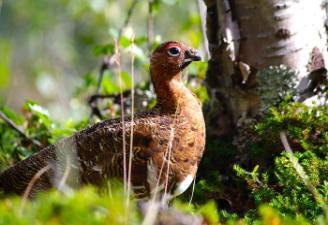 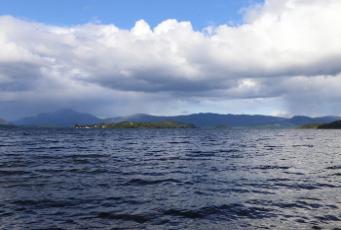 There are 30 islands in Loch Lomond large enough to have been named, in addition to numerous rocky outcrops. The islands, ranging in size from a few square meters to 250ha in size, are mostly in the southern half of the loch. While these islands vary in terms of topography, dominant vegetation and land use, most of the larger ones are covered by woodland and support vertebrate and invertebrate communities similar to those found in the forests around the loch. This makes the islands a natural model system for studies on fragmented habitats, landscape structure and populations dynamics. Current research in the field station uses this model to study parasite and virus transmission. 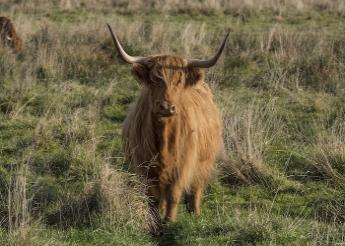 The land surrounding Loch Lomond that is not wooded or moorland is mostly low intensive pasture farmland, used for the rearing of beef cattle and sheep. These hill farms offer opportunities for investigating the effects of differing management regimes on biodiversity.