'LGBTI Human Rights Activism and Film' brings to Scotland for the first time the work of the unique transnational project Envisioning Global LGBT Human Rights, on participatory documentary film making with activists in Africa and South Asia. It will include the Scottish premieres of two films, together with talks and discussion to share and generate documentary film-making and activism.  These events are organised by Matthew Waites of Glasgow Human Rights Network in partnership with Envisioning Global LGBT Human Rights; Document International Human Rights Film Festival; Centre for Research on Families and Relationships; Being Human Festival; Radical Film Network; Human Rights Consortium; Gender and Sexualities Forum; and the Centre for Contemporary Arts (details and links below).  During, between and after events we hope participants - film-makers, activists and everyone - can meet(including in Saramago cafe), make connections and conceive future projects and collaborations. After Part 1 we will seek to facilitate participants interacting - see below.

There are two free but ticketed events in Glasgow, in the Cinema (ground floor); tickets need to be booked for each via CCA box office (CCA website: Part 1; Part 2).

And Still We Rise: Trailer

This event will focus on the innovative work of the Envisioning Global LGBT Human Rights transnational project, a partnership with 33 NGOs in 12 countries (www.envisioninglgbt.com), in participatory video film-making.  Professor Nancy Nicol (Visual Arts Department, York University, Canada) who leads the Envisioning project, and Junic Wambya, former Executive Director of Freedom and Roam Uganda, will talk on issues of community building, community outreach, capacity enhancement, human rights documentation and the challenges of grass roots participatory documentary-making in Uganda (30 minutes).  This will be followed by the new Envisioning and Sexual Minorities Uganda documentary, And Still We Rise (2015, 70 mins), a documentary created in partnership. The film follows the conflict over the Anti-Homosexuality Act in Uganda from 2009, and the broad-based community-based resistance to law, within a broader context of assault on civil liberties.  Finally Professor Nicol will be joined for discussion again by Junic Wambya (former Executive Director, Freedom and Roam Uganda) and Richard Lusimbo via skype (Research and Documentation, Sexual Minorities Uganda - see TV interview), involved in the filmmaking process, and Dr. Matthew Waites (Sociology, University of Glasgow) co-editor, with Corinne Lennox, of Human Rights, Sexual Orientation and Gender identity in the Commonwealth: Struggles for Decriminalisation and Change (School of Advanced Study, 2013 – free online).

‘And Still We Rise’ (70 min. 2015)  is concerned with resistance to, and impacts of the Anti-Homosexual Act (AHA) in Uganda. The documentary follows Richard Lusimbo as he documents the struggle against the AHA, the wide spread repression that resulted from it’s passage, and the constitutional challenge to the Act.  Along the way, the story weaves together the history of the AHA and resistance to it, with personal stories of the impact of the widespread repression following passage of the AHA -  including the impact on the filmakers/activists themselves who are telling the story. A story of resilience, the documentary is also an moving example of participatory documentary making. Envisioning provided video equipment and training, funding and resources to SMUG to create the film with mentorship from Nicol.  Participants include Dr. Frank Mugisha (ED, Sexual Minorities Uganda); Nicholas Opiyo (Lead lawyer challenging the Anti Homosexuality Act), Dr. Sylvia Tamale, (Law, Makerere University, Kampala), Sam Ganafa (ED, Spectrum Uganda Initiatives), Chris Dolan (ED, Refugee Law Project.  Created by Envisioning Global LGBT Human Rights and Sexual Minorities Uganda and directed by Richard Lusimbo and Nancy Nicol, with original music by Nykooyo Brian and Talented Ugandan Kuchus.

After Part 1 the cinema space remains available for use by participants until 19.00.  The current provisional plan during the first half hour (17.30-18.00) is for Matthew Waites to invite any Part 1 audience members wishing to make connections to stay in the space, then facilitate audience members introducing themselves to everyone with reference to any interests in film-making, film and LGBTI politics/activism.  We will then aim to facilitate moving into small buzz groups focussed on specific themes/practices to help audience members make connections.  Please bring ideas! This is subject to change in light of how things develop on the day.

No Easy Walk to Freedom: Trailer

This event begins with a screening of the documentary No Easy Walk to Freedom (2014, 91 minutes), which tells the story of the struggle to strike down section 377 of the Indian Penal Code, which criminalizes same-sex sexual behaviour in India (www.noeasywalktofreedom.com). The film has been made as part of Envisioning Global LGBT Human Right, a partnership of 33 NGOs in 12 countries, including Naz Foundation India Trust, lead by the film’s director Nancy Nicol (Visual Arts Department, York University, Canada). Cinematographer: Shakeb Ahmed (www.envisioninglgbt.com). The following panel will involve Professor Nicol with two other participants. Arvind Narrain is a leading activist and lawyer for Voices Against 377, and also now Geneva Director of ARC-International and co-editor, with Alok Gupta, of Law Like Love: Queer Perspectives on Law (New Delhi: Yoda Press).  Dr. Matthew Waites (Sociology, University of Glasgow) has published on the decriminalisation struggle in India and is co-editor, with Corinne Lennox, of Human Rights, Sexual Orientation and Gender identity in the Commonwealth: Struggles for Decriminalisation and Change (School of Advanced Study, 2013 – free online) - Professor Nicol is co-author, with Monica Tabengwa, of a chapter on Botswana.

‘No Easy Walk to Freedom’ – (90 min. 2014) documents the struggles to repeal Section 377 of the Indian penal code, which outlaws “carnal intercourse against the order of nature”. 377 is the first of such British colonial laws which spread throughout the British empire and today account for half of the countries worldwide that continue to criminalize homosexuality. The documentary traces the history of the legal battle while exploring a diversity of perspectives on queer organizing in contemporary India through the voices of HIV AIDS workers, queer activists, community leaders and legal experts. Participants include: Angali Gopalan (ED, Naz Foundation India Trust), Anand Grover (Lawyer’s Collective) Saleem Kidwai co-author with Ruth Vanita of Same-Sex Love in India and Chief Justice Shah (retired). In 2009, the High Court of Delhi struck down s. 377 on constitutional grounds, in a ruling heralded world-wide for its application of equality rights. However, in December 2013, the Supreme Court of India set aside the ruling, upheld s. 377 and re-criminalized. Created in partnership with Naz Foundation India Trust, the NGO that filed the petition against 377 in 2001, and directed by Nancy Nicol with cinematography by Shakeb Ahmed. 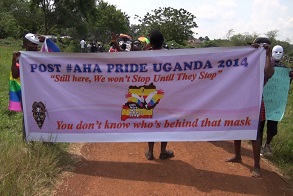 Envisioning Global LGBT Human Rights is an international research and participatory documentary film project, working to advance social justice and equality for LGBT (Lesbian, Gay, Bisexual and Transgender) people.  Envisioning is a partnership of mutual learning, bringing together 31 partners based in Africa, India, the Caribbean and Canada to undertake a project of research, participatory video and documentary, skills exchange, capacity enhancement and knowledge mobilization. It is a 5-year project, from May 1, 2011 through April 30, 2016. Our work is focused on research and analysis of the criminalization of LGBT people in Commonwealth countries, resistance to criminalization and work to advance LGBT rights, asylum issues affecting LGBT peoples in Canada, and interaction between International Human Rights Mechanisms and LGBT rights initiatives. Envisioning emphasizes the involvement of participants in the process of defining and developing the research goals, and the co-production of knowledge. Our methodology is based in an integrated anti-oppression model, committed to an analysis that recognizes racialized, gendered and class forms of oppression and exploitation in relation to sexuality/gender orientation/expression. We are committed to an anti‐colonial perspective based in a critical analysis of neoliberalism and the imposition of normalized heterosexuality and minoritized homosexuality on indigenous forms of same‐gender eroticism and gender identities.

Document International Human Rights Film Festival is Scotland's only dedicated human rights film festival. Founded on the notion to challenge the negative narratives of immigration and Roma people in the mainstream media, Document has grown to showcase a diverse range of documentaries, provide workshops, exhibitions, and performances that engage with some of the most pressing matters facing our world today.

Centre for Research on Families and Relationships produces, supports, stimulates and shares, high quality social research on families and relationships across the lifecourse.  CRFR was established in 2001 as a consortium research centre based at The University of Edinburgh, with partners at the Universities of Aberdeen, Dundee, Glasgow, Glasgow Caledonian, Highlands & Islands and Stirling.

The Human Rights Consortium is hosted by the Institute of Commonwealth Studies at the School of Advanced Study, University of London, and was established to facilitate and promote research in human rights in the UK and internationally.

The Centre for Contemporary Arts is Glasgow’s hub for creative activity. The building is steeped in history and the organisation has played a key role in the cultural life of the city for decades. We are proud to contribute to the vibrancy and vitality of Scotland’s exciting arts scene.

Being Human Festival (12-22 November) is the UK’s only national festival of the humanities. From philosophy in pubs, history in coffeehouses, classics on social media and language lessons on street corners – the festival provides new ways to experience how the humanities can inspire and enrich our everyday lives. Being Human demonstrates the strength and diversity of the humanities, and how they can help us to understand ourselves, our relationships with others, and the challenges we face in a changing world. In 2014, the festival featured over 160 events organised by universities across the country.

Gender and Sexualities Forum is a research group at University of Glasgow providing a forum for scholars and postgraduate students pursuing research around the broad fields of gender and sexualities. We offer a creative intellectual space that provides a platform for developing new research ideas and collaborations as well as solidifying research agendas and sharing outputs.

Bertha DocHouse will host the parallel London events on Friday 13th and Saturday 14th November.  The Bertha DocHouse screen is the UK's first cinema dedicated solely to documentary films and events, with discussion, masterclasses and unique learning opportunities. Its Online Hub is a digital space of resources, tools and opportunities, essential for doc lovers and doc makers. 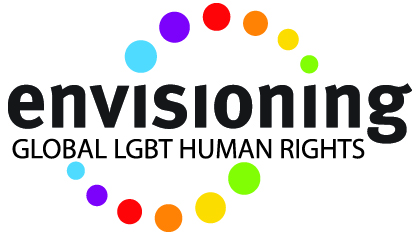 Centre for Research on Families and Relationships

Human Rights, Sexual Orientation and Gender Identity in the Commonwealth 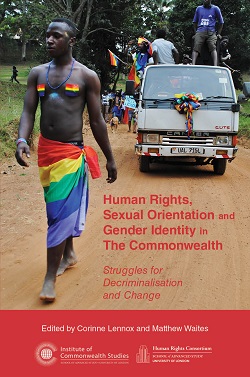