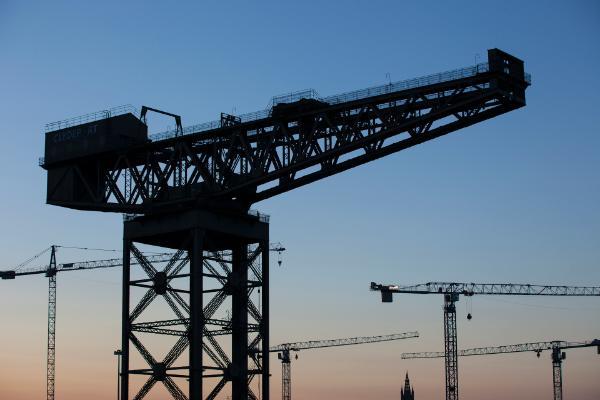 by Dr Thomas Endlein (see below for artists statement)

Welcome to the ninth issue of The Kelvingrove Review. The texts under review in this issue engage with the theme of Challenges of Development, a subject currently being encountered in a wide variety of disciplines. This seemed a natural progression from our previous issue's theme of Crisis - in the aftermath of a crisis, be it political, financial, intellectual or ideological, new avenues of development must be sought. However, progress can be subjective and overcoming one barrier to development often has the unintended consequence of creating yet another obstacle. Many of the texts reviewed in this issue explore how we, as people, develop and the factors that can assist or impede our growth - from discussion on children's use of the Internet to our understanding and connection with religion during times of trouble. Complementing this focus, other reviews discuss the development of the world around us - from economic theories on competition to how we deal with war and its repercussions.

TKR is pleased to present these thirteen postgraduate reviewers, who have demonstrated in their writing an ability to critically evaluate the writings of other scholars and communicate this to a broad, interdisciplinary audience. Their success highlights TKR's key role in providing a publishing platform for emerging scholars.

This issue displays two creative pieces: one visual and one text-based. Thomas Endlein's photograph of the Finnieston crane focuses our attention on the physical development of the cityscape, making us dwell on this moment of visible transition and causing us to reflect upon how the built environment affects our identification with place. Richard McCaffery's poem 'Peace Cup' concentrates on past challenges of development, which still resonate and are relevant today. It begs the question: has the challenge of peace become any easier in our modern world?

Articles are in PDF format. If you do not already have Adobe Reader on your computer, you can download it for free from www.adobe.com.

They gave the commemorative cups

Over the decades you supped milk,

tea, gin and liver salts from it.

Thirty-nine / forty-five did not shatter

that ceramic armistice but a hairline

crack formed and darkened soon after.

Richard McCaffery is a PhD Candidate in Scottish Literature at the University of Glasgow. His research examines Scottish poets of World War Two.

The image shows the iconic Finnieston crane near the river Clyde. I shot the image from across the river to include some of the cranes from the construction site near the SECC. The construction site cranes look rather slender in comparison with the big Titan-class crane and therefore enhance the massive build of the latter. By setting all of them against the evening sky, I reduced them to silhouettes and created a more abstract image, concentrating on shapes and forms. What makes the image work nicely with the theme, is that the University tower peeks up from the bottom, symbolising a challenged but uprising institution whereas the cranes stand for construction and development.

Dr Thomas Endlein is a Research Associate with the Institute of Molecular Cell and Systems Biology at the University of Glasgow. His research investigates the biomechanics of tree frog adhesive pads. As a zoologist, his interest in photography initially derived from his fascination with nature and wildlife but has now also broadened to include the built environment. His work can be found online at www.endlein.org.

The Autism Matrix: The Social Origins of the Autism Epidemic

The Darwin Economy: Liberty, Competition, and the Common Good

Rural People and Communities in the 21st Century: Resilience and Transformation

Written by David L. Brown and Kai A. Schafft

Peacebuilding: War and Conflict in the Modern World

What is Gender History?

Religion at Ground Zero: Theological Responses to Times of Crisis

The Terror of History

Zachary Macaulay 1768-1838: The Steadfast Scot in the British Anti-Slavery Movement