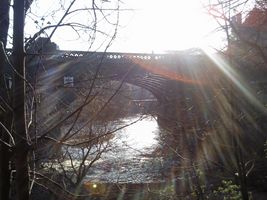 For issue 3 of The Kelvingrove Review our editorial board had the task of finding contemporary publications on the theme of Technology and Humanity. Sifting through a plethora of titles, the editorial board eventually chose books ranging from the impact of technology on sexual health, tattoos in American culture, the industrial revolution and participatory media production. The 8 reviews develop on from eSharp's 12th issue of original research on the same theme.

This issue of TKR also includes 4 non-themed reviews of recently published books which will be of interest to all postgraduate students.

As part of issue 3, TKR asked for creative submissions on the theme of technology and humanity. We had many excellent short pieces sent to us, the most poignant to us being E. S. Morar's The Now, which I will let conclude this introduction.

TKR is pleased to present E. S. Morar and the reviewers who have helped to create another issue of stimulating thought on an issue that is an inescapable part of twenty-first century culture and research.

Articles are in PDF format. If you do not already have Adobe Reader on your computer, you can download it for free from www.adobe.com.

When driving over the haughs of Fife there is that point when you pass the oat mill just outside of Cupar and the air billows with the smell of cooking porridge. The name of the town might remind you of bent copper coins, gold foil, fat leather purses, or you might have forgotten it after passing and now your head is full of the rapeseed fields and the striated sky overhead - light blue to dark to the clouds that have grown so heavy that they have sunk like river-carried silt to the level of the treeline. But that smell - it's granny's kitchen, it's the only hot meal from your first year of uni, when all you could work out how to cook was oats and tap water and those sugar packets stolen from the coffeeshop with your single cup of coffee, UHT milk. But even as you're thinking of all the different associations - I might say it was oats toasted for a dinner party cranachan, you might say no, it's that old man's breath when I passed him walking home in the early morning, and he asked for ten pence to call someone because he was lost, didn't know himself, the street bowed and guttered with old rain and leaves because that's all you could look at - you've already passed the mill and the next village is coming up fast, Guardbridge - because that's what it does, solidly minding the footbridge and the carbridge over the river Eden. Everything goes too fast, you might think, and for what purpose did they (whoever they were, you don't think Picts or Scots, only Fifers, with spears and tin helmets, your history is bad) need the bridge protected? Raiders. Oat raiders, coming to scatter the ground so that no one escapes the reek, the yearning for something that holds both tradition (your mother said she'd make you oaty biscuits and she never did, she just pinned back her hair with curbies and smoked her manky silkcuts on the front step) and the now. But you've already lost the now, like the old man, you've forgotten where the turn off is to your house, and all you can see is road, and to your left horses are walking along the shore wanting to eat the seaweed and their riders are young children for the first time high up and blistering in the wind. Blinking by. Someone else's farmhouse, whirlygig with black dresses pegged on the outer ring, large and small sizes. Roll down the window, but it doesn't help, you need to be settled somewhere inside, in front of your computer, because that's how it is now, the only place you can force two dispirit sensations together (is it only two?) by typing 'oat milling process' and 'history of fife', or else 'porridge' and 'define:scent, define:memory', or again 'geriatric poverty' and 'sadness'. Define:the now, and it doesn't come up how you remember it. I'm going for a fag the now, she said, resting my legs, I'll buy you a wee cakey thing later, ok? And there's no photo of the smell of milled grains nor the ache of passing by, no listing on any site, it's only here. But it's not, because you are already passing the golf course and the garish flowerbed spelling out the name of the terminal town on this coast.

E. S. Morar is new to fiction having been a textbook editorial assistant for many years. She collects peacock feathers, chinese lanterns and cats. She is currently working on a bio of her local minister. She lives alone.

Tomorrow Through the Past: Neal Stephenson and the Project of Global Modernization Edited by Jonathan P. Lewis
Review by Fraser Dallachy                      TKR3 - 8