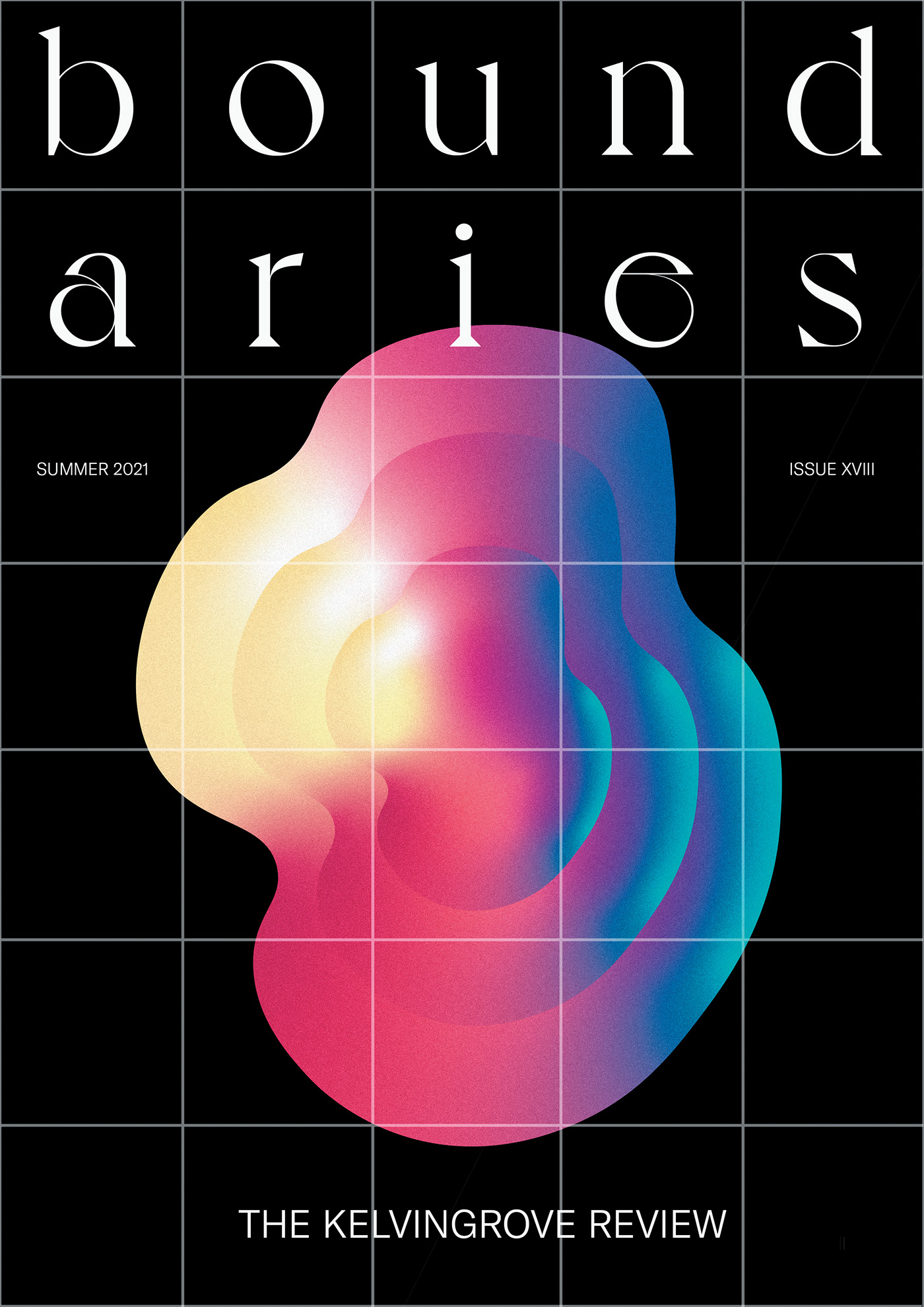 Letter from the Editors

The eighteenth issue of The Kelvingrove Review was compiled under unusual circumstances. For some time now due to COVID-19, people around the world have been adjusting to their new reality, overwhelmed by limitations, insecurity and doubt. Our issue was composed in the midst of this. Whilst the journal is based in the University of Glasgow, for the most part of the year, we were not. Respective members of the editorial board tuned in to Zoom calls from various locations across Britain and Europe, across different time zones; we had never met before we embarked upon the issue, and we have never physically been in a room together. The rules were different, therefore we wanted to publish a different issue, appropriate for these remarkable times.

One fact was evident during this pandemic, the resilience of the individual. Despite isolation and restriction, people continued to be creative and productive, they adapted and looked for new ways to be as innovative and prolific as before. Our theme for this year’s edition, ‘Boundaries’, reflects this duality of the situation. Boundaries convey this notion of restriction as they define limits and conventions, however, they can also inspire rebellion and liberation. Thus, this year, we wanted to break boundaries and present a new, fresh, and revolutionary edition of The Kelvingrove Review, an issue that marks the revival of the journal as it has been out of circulation since 2018. The aim was to delimit, to liberate, to set the precedent for a freer idea of what a ‘review journal’ might look like.

Thankfully, the nature of an online publication is flexible and can morph itself to the most unprecedented of situations. This year’s Kelvingrove Review is longer than past issues, comprised of fourteen reviews in total. We included reviews of film and fiction, as well as the traditionally reviewed academic texts. We incorporated a diary piece which creatively explored the idea of ‘Boundaries’ in a context more personal to the author. We have featured a creative response and worked closely with our illustrations and graphics designer to create a coherent, finished item which aesthetically reflects the richness of the writing. Reading and interpretation, family and human nature, censorship and political repression, reality and illusion, and religion and the cosmos are only some of the topics covered in this year’s journal.

We have a few people to thank. Acknowledgements must be paid to Victoria Miguel and Elena Dardano, who helped massively in the initial conceptualisation and editing stages of the journal, and without whom the resulting issue would look very different. We are very grateful to Lucille Ling, for her hard work in bringing the issue together beautifully, something we can really be proud of sending out into the world. Thanks are also due to the publishers and film production studios who kindly sent us the titles for review, and to the College of Arts Graduate School, who have provided wonderful assistance throughout. Last but not least, we would like to thank our contributors, for their commitment and creativity, and for making the editorial process a smooth one.