A transversal presence in Western literature, the maximalist, or encyclopaedic, novel is a multi-form and unusually long type of fiction. Although its ancestry might lie in Dante’s Commedia, Melville’s Moby-Dick, and Joyce’s Ulysses, it evolved into a distinctive literary style from the 1970s onward, encompassing authors such as Pynchon, DeLillo, and Wallace. Edward Mendelson’s first conceptualization of maximalism has been followed by several other attempts to provide a universal description of its function and formal features, involving scholars such as Clark, LeClair, Karl, and Ercolino. However, the debate remains open. In particular, current scholarship continues to overlook the increasing contribution of women – mostly of non-Anglo-European origin – to this narrative mode since the 1990s as well as its broader implications for contemporary cultural production in the US. My project will bridge this gap by investigating the reasons underlying the omission of women from maximalist models and their interrelation to ongoing intersectional issues of representation of gender and minority ethnic groups, both in academia and in US society.

To do so, I will build and depart from the few alternative approaches to maximalism offered so far, such as Indian American author Bharati Mukherjee’s and scholar Nick Levey’s. Also, I will expand Moretti’s illustration of the interrelation between this narrative mode and the epic genre and engage current debates about the “great American novel,” to argue that the omission of female writers from accounts of maximalism clearly correlates with persistent efforts to keep minorities in general at the margin of US literature and, in particular, with the intention of dominant (patriarchal) hegemony not to let women partake in the ongoing attempt to finally write the country’s foundational narrative. Read in the light of the dominant assumptions about the gendered nature of the epic and its relationship to power, such dynamics evoke and confirm Toni Morrison’s claim that ‘canon defense is national defense. Canon debate, whatever the terrain, nature and range[,] ... is the clash of cultures,’ which implicitly turns the exclusion of women and other minorities from the maximalist canon into an acknowledgement of their ability to provide an effective counternarrative to hegemonic representations of the American identity.

My research focuses on three primary works written over a thirty-year period by American women of different ethnic backgrounds: Leslie Marmon Silko’s Almanac of the Dead (1991), Karen Tei Yamashita’s I Hotel (2010), and Lucy Ellmann’s Ducks, Newburyport (2019). My analysis will be primarily conducted from the methodological perspectives offered by transcultural and transnational feminism. This will enable me to examine the forces underlying cultural practices and their relation to power by focusing primarily on gender issues while also considering, at the same time, the additional implications of issues of racial identity. I will also draw on reader response theory as a framework to explore and highlight minorities’ strategies of resistance and empowerment on the backdrop of the complex dynamics of meaning creation which arise from processes of literary production and reception. 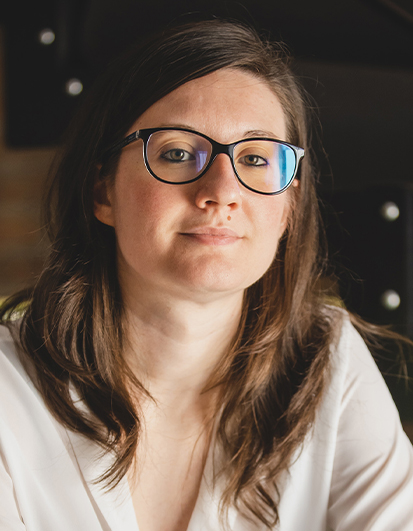