The University of Glasgow student racing team is turning over a new leaf as they set out to build their first green machine.

The UGRacing team, which has been designing, building and driving their own racing cars since 2008, is gearing up to swap their petrol-powered engine for more sustainable battery power. 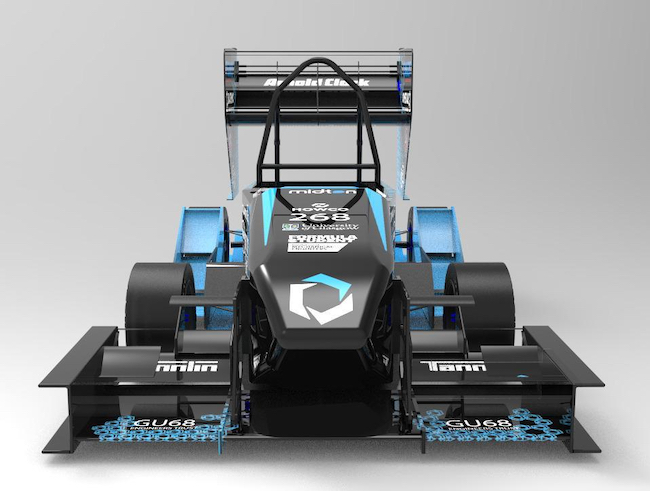 The team, which is made up of around 140 students drawn from across the University’s four colleges, is setting out to enter a fully-electric vehicle in the Formula Student competition in July next year.

Formula Student is an engineering competition open to those studying at universities across the UK. Established in 1998, it challenges teams to build and race single-seater high-performance cars against each other, with races held at Silverstone each summer.

At the most recent Formula Student competition earlier in the summer, the UGRacing team’s electric vehicle placed third out of 65 entrants in the Design Presentation section of the competition.

Now, they are starting work on fitting a custom battery to their vehicle, with guidance and safety advice from staff at the University’s James Watt School of Engineering and sponsor Arnold Clark Motors.

The team’s work is part of a campus-wide focus on sustainability at the University of Glasgow. In 2014, the University was the in first the UK to commit to divesting from fossil fuels, and last year launched a wide-ranging strategy to tackle the climate emergency which included a commitment to reaching net-zero by 2030.

Fraser Cowie, UGRacing’s team principal, said: “After a brilliant result at the Formula Student competition earlier in the summer, we have a lot of confidence in our car’s design and we’re excited to be getting to work on making our first electric vehicle.

“With COP26 on the horizon, it’s the perfect time to concentrate on leaving fossil fuel power behind and focus on doing our part to make motor racing more environmentally-friendly.

“It’s a big commitment, and will require us to learn all kinds of new skills, but it’s an exciting challenge with real benefits to those of us working in the team. Many previous UGRacing members have gone on to careers in the racing and renewables industry, so it’s a great opportunity for us to develop hands-on experience with the kind of tech that will help get us to a net-zero future.” 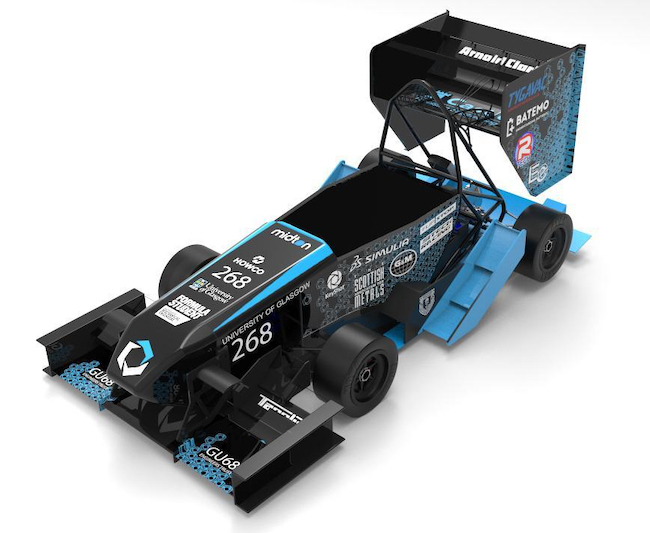 The team will be putting their current-generation car on display in the University cloisters as part of the University’s series of climate-focused events during the COP26 conference.

Gurleen Khaira, UGRacing’s head of marketing and media, added: “The UGRacing team is drawn from students across the University of Glasgow with all kinds of different skills, not just in science and engineering. There are all kinds of opportunities to get involved in business presentations, graphic design, communications, and contribute to a really exciting project.

“As part of that, we’re actively looking to find more commercial partners who can help us make the best car we possibly can between now and next year’s competition. We hope that we’ll be able to build on the support we already have from sponsors and properly deliver on our ambitions to build a really capable electric racing car.”

Dr John Shackleton, senior lecturer in engineering design at the University’s James Watt School of Engineering, is the Faculty Advisor to the team.

Dr Shackleton said: “The development of an electric vehicle continues to challenge the team in many new ways but it’s encouraging to see how committed they are to the work.

“Engineers are going to play a key role in finding new ways to address climate change in the coming decades, so it’s very pleasing to see this generation of students taking it upon themselves to learn vital new skills.”