Two hundred years to the day after his death (Sunday 25 August 2019), the University of Glasgow is commemorating the passing of James Watt by officially renaming its School of Engineering after him – with the blessing of particular one member of staff who has her own family connection to Watt. 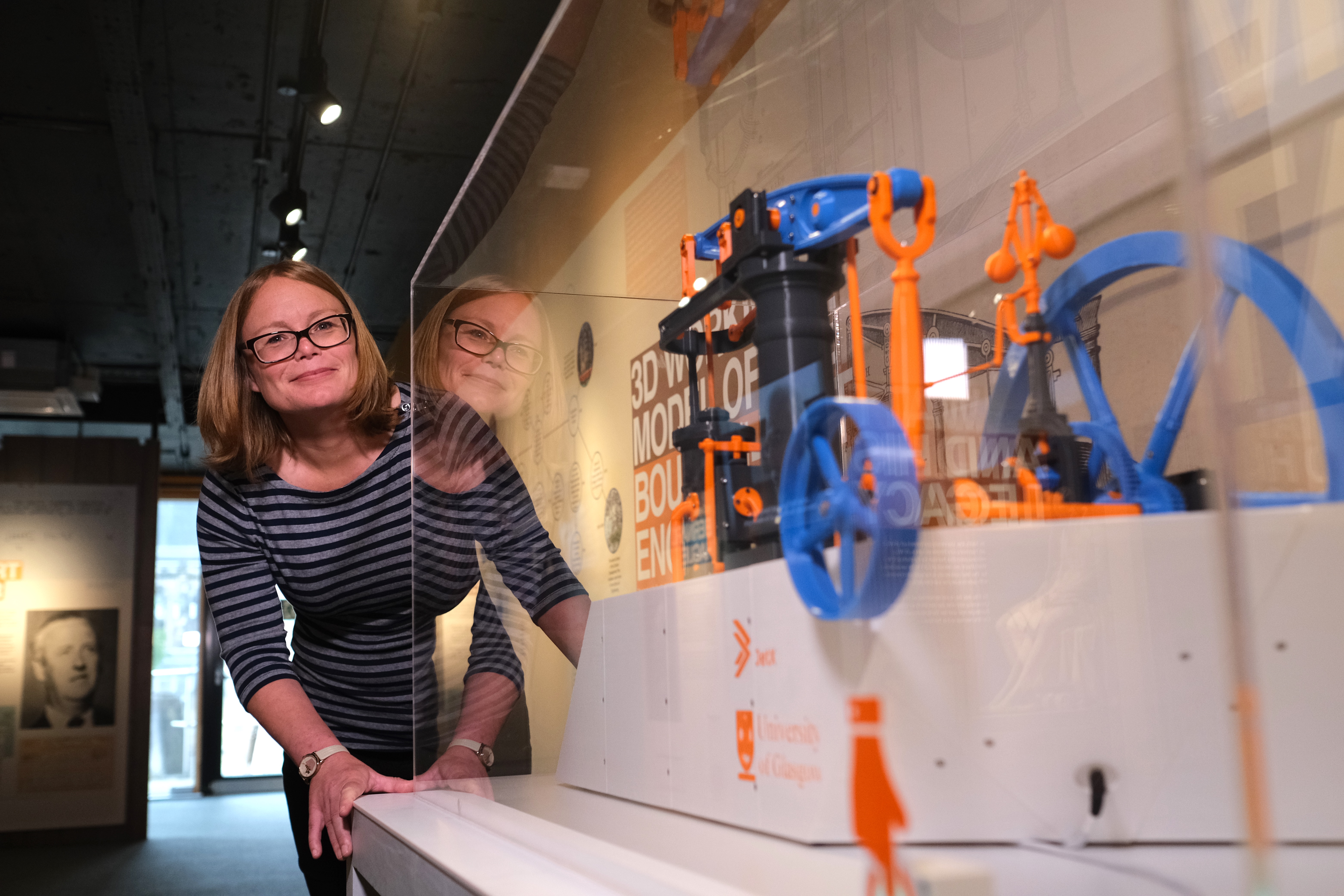 The news that the University will now be home to the James Watt School of Engineering has been welcomed by Debbie Beales, of the University’s Health, Safety and Wellbeing Unit, who recently discovered that her family line leads six generations back directly to James Watt.

Watt was working as an instrument-maker at the University of Glasgow when, in 1765, he made improvements to a Newcomen steam engine, adding a separate condenser which made it vastly more efficient. His insight helped kickstart the industrial revolution and create the modern world. He died on August 25, 1819 in Birmingham.

Debbie said: “I had no idea of my family’s connection to James Watt until a cousin recently decided to research the Beales family tree and uncovered this link. While dad passed away a couple of years ago, my gran Jean is still alive and I know that she is as proud as I am of the family’s link to a pioneering figure like Watt, and pleased to know that the School of Engineering is marking the 200thanniversary of his death with this renaming.

“It came as quite a shock but the more we thought about it the more we realised that there were odd connections between generations – my dad worked as a shipwright, as Watt’s own father did, and although my dad was camera-shy he definitely bore a resemblance to Watt. I’ve worked at the University myself for 15 years, and in a previous role I regularly visited the print unit in the James Watt South building, never realising that I had a deeper connection to the man it was named after.

“I’ve always been proud to work for the University, and I was always impressed by the School of Engineering’s efforts to make engineering more diverse and creative when I visited the James Watt South.”

The decision to rename the former School of Engineering is the latest in the University’s yearlong celebration of the life and work of Watt, which has included an international symposium held on the University campus in June, a series of events during the Glasgow Science Festival and an exhibition in the University library which is still ongoing. On display at the exhibition is a 3d-printed scale model of one of Watt’s engines, which was designed, 3D-printed and built by members of Jet-X, one of the School’s student engineering societies.

“The importance of Watt’s contribution to the field of engineering can’t really be overstated, and we’re very proud to be associated with the improvements he made to the Newcomen steam engine. The world has come a long way in 200 years, and much of that distance was covered using technology derived from the principles he established.

“While we’ve long had a building and two Chairs in electrical and mechanical engineering named after Watt, it seemed fitting to mark the start of the third century of a post-Watt world with the renaming of the School, not least because we’ll eventually be moving to a state-of-the-art new facility on the site of the old Western Infirmary as part of the University’s billion-pound campus improvement programme.

“We were also delighted to discover that a living descendent of James Watt has been working alongside us on campus for years, and we’re very happy that Debbie is as proud as we are of the University’s connection to Watt.”