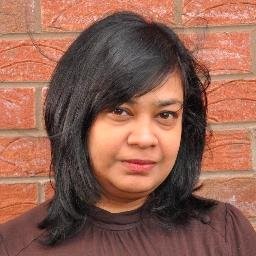 Suchitra Choudhury is an independent scholar who specialises in English literature associated with India and the way in which they negotiate material culture, especially textiles. She has given talks on the subject in the Victoria and Albert Museums, National Museum of Scotland, Hawick Museum, and Hunterian Museum and Art Gallery. Choudhury is currently completing a monograph on Cashmere and Paisley Shawls in British Literature and Culture (under contract with Ohio University Press). Alongside, she is working on an invited curation of “Paisley shawls in Literature” for permanent display at Paisley Museum.

The story of nineteenth-century shawls is a remarkable one: between 1770 and roughly 1900, a vast number of ‘Cashmere shawls’ from India were imported into Britain. These shawls were expensive; but women of lesser means were happy to purchase the copies, or the British ‘imitations’ manufactured in Edinburgh, Paisley and Norwich, which came to be widely known as ‘Paisley’ shawls. Drawing upon a variety of sources, my research locates the presence and evolution of shawls in imaginative texts and fiction. Its central assertion is that while Cashmere and Paisley shawls were popular dress accessories, their significance was not limited to fashion alone. Rather, as visible symbols of British dominion in India, for many writers and artists, they functioned as a site to reflect social and imperial concerns. This is manifest in the works of bestselling authors such as Walter Scott, Charles Dickens and William Thackeray. Equally, I also show how many familiar and much-loved paintings, in fact, used the shawl to foreground contemporary events and accounts of the empire. At the centre of this study lies the cultural prominence of Indian and Paisley shawls and the way in which they provided a variable, but undeniable bridge between the East and the West.

I am very grateful to The William Lind Foundation and The University of Glasgow Library for awarding a Visiting Research Fellowship. The opportunity will allow me to consult rare books and documents on nineteenth-century India, and to make an innovative connection between the history of English literature and the textiles manufactured and inspired by the subcontinent. In particular, the Special Collections and the Business Archives will offer a huge opportunity for me to investigate the unique history of Paisley shawls and their local and global connections. I am particularly looking forward to exchanging ideas with the academic community at the University and being part of the city’s wider cultural landscape during the tenure of this award.