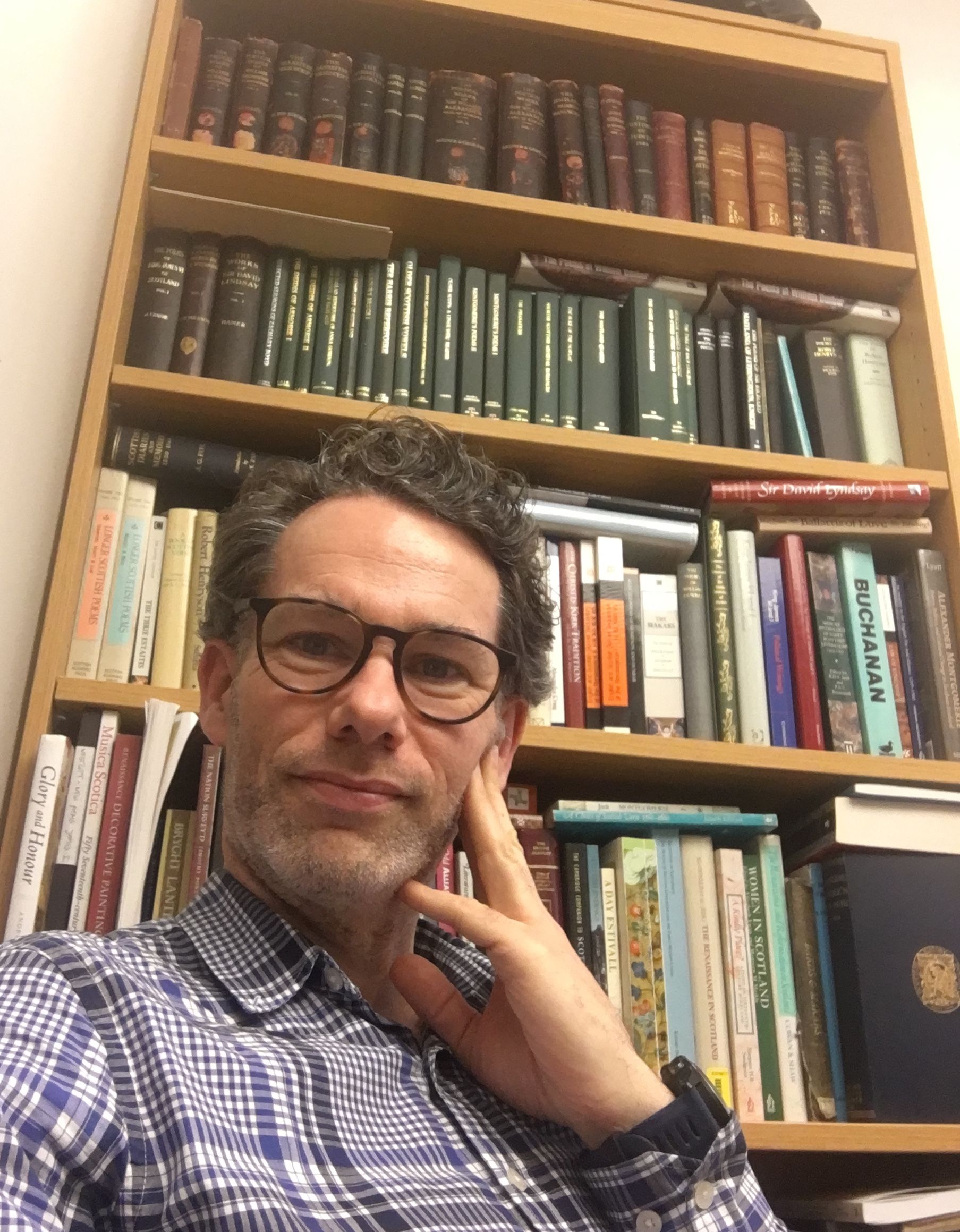 Sebastiaan Verweij is Senior Lecturer in Late Medieval and Early Modern Literature at the University of Bristol, where he also convenes the Early Modern Studies research cluster. His research interests are in late-medieval and early modern literature, particularly poetry, and what today is called 'the history of the book', which in more old-fashioned terms would be called 'bibliography'. He is especially interested in the intersections between the book as material text and more literary questions. He has published widely on Older Scots literature. His first book, The Literary Culture of Early Modern Scotland: Manuscript Production and Transmission, 1560-1625 (Oxford University Press 2016), won the Saltire Society's 'Scottish Research Book of the Year 2016' award. He is at present also co-authoring the Textual Companion volume to the Oxford Edition of the Sermons of John Donne, and has recently completed, as co-investigator, the AHRC-funded project Manuscript Pamphleteering in Early Stuart England.

My research project will focus on some seventeenth-century commonplace books in the collection at Glasgow University Library: for example, a diary and business ledger also containing notes of book lending possibly by John Gilmour, a huge and calligraphically accomplished commonplace book associated with John Robertson, c. 1636-1642, and a commonplace book from c. 1695-1730 kept in Glasgow. These manuscripts have rarely (or never) been the subject of academic study, and yet are important collections for a narrative about manuscript culture in Scotland, particularly the neglected seventeenth century. I am especially interested in their literary contents, and the ways that political events and issues (for example the Bishops’ Wars, Covenanting movements, Wars of the Three Kingdoms, and the Restoration) impacted upon the choice of texts, and how compilation may itself be read as a political act and one of self-affirmation and presentation. I take ‘literary’ in the widest possibly sense, and am equally interested in verse, prose, sermons, commonplaces, records of reading, historical notes, and other related texts that might feature in such manuscripts. My research of these books will ultimately be placed in the context of another few such manuscripts in Scottish libraries and written up for a collection of essays on British manuscript culture.

As a Glasgow graduate (PhD, 2004, Dept. of Scottish Literature) who has even worked as a lending desk assistant in the University library to fund his studies, I am thrilled with this opportunity now to return to the University of Glasgow. I feel honoured and grateful to have been given this Research Fellowship. I am looking forward to exploring areas of the Special Collections that are still unfamiliar to me; and to engage afresh with the academic and library communities that helped me become the researcher that I am today.