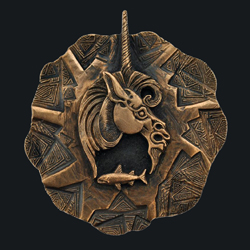 Featuring almost 1000 modern art medals from all over the world, this exhibition showcases the amazing diversity of this type of miniature sculpture, now recognised as an art form in its own right.

Medals are generally considered to be tokens of commemoration or reward, given for acts of bravery or sporting prowess. Dating as far back as the Renaissance, they are often thought of as small, round and flat, and produced to celebrate individuals or events.

Today artists’ originality and creativity results in self-contained works of art in the manner of sculptures and paintings. The medals on display are a showcase for the artists’ ability - a kind of ‘Paris Fashion Week’ for the medal world.

Many of the items included are larger than the more traditional medal and are made of metal, bronze, copper or an alloy. They appear in all shapes, forms and subjects, following the liberty of the artist to create his or her own work. 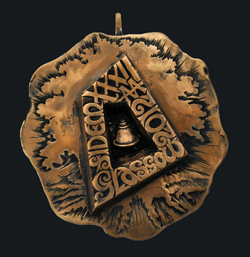 Arranged geographically by country of origin, there are examples from established schools of art medallists in Scandinavia and Eastern Europe. Britain, France and Germany are also represented as well as the United States, Australia, New Zealand and Japan.

The exhibition follows the FIDEM XXXII Art Medal Congress which takes place at the University of Glasgow from 10 - 14 July.

The two medals are on show at The Hunterian Museum from 10 until 22 July. The Hunterian is the only venue in Scotland to display the medals before the Games begin.

The Olympic and Paralympic gold medals complement the 'Modern Medals' show perfectly and offer a rare treat for both medal enthusiasts and sport fans. Visit the Olympic Gold page for further information.

Images 1 and 2: The official medal for FIDEM XXXII Glasgow 2012. 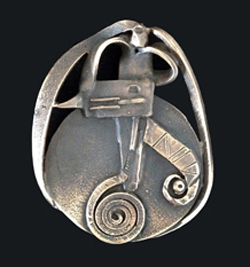 Numismatic Collection at The Hunterian
The Hunterian houses one of the world’s great coin collections, containing 70,000 coins, medals, tokens and related objects.

About half is the original collection of Dr William Hunter put together at the end of the 18th century. Today it is Scotland’s premier collection and contains Ancient Greek, Roman, Medieval and Modern coins as well as medals from the Renaissance to contemporary Scotland.

Many of these are unique or extremely rare and many are in superb condition.