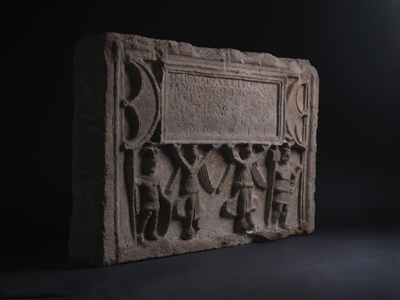 Distance slab of the Sixth Legion

These inscribed stones, known as distance slabs, celebrate the work of the legions which constructed the Antonine Wall in AD 142-43. Evidence suggests that the slabs, all made of local sandstone, were set into stone frames along the length of the Wall and are likely to have faced South into the Empire. 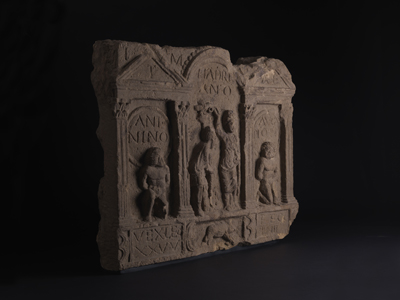 Distance slab of the Twentieth Legion

Distance slabs from the Antonine Wall in Scotland are unique in the Roman Empire. Nineteen are known of and eighteen are on display in the Hunterian Museum. The elaborate carving on many of the slabs celebrates the culmination of a successful campaign by the Romans, showing the Roman army triumphant and the native population in defeat. 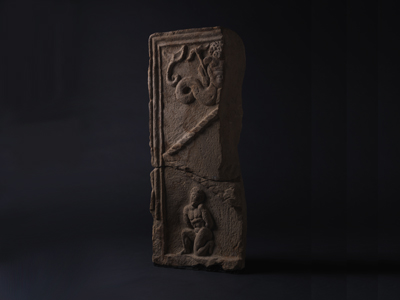 Only a portion of this stone survives but it is thought to be a distance slab of the Twentieth Legion based on the style of the carvings. The naked and bound captive, a triumphal motif, can be seen in some of the other stones and is symbolic of Roman dominance. Above is Triton, a mythical figure who was half man, half fish. 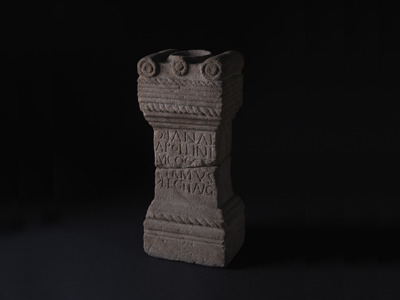 Altar to Diana and Apollo

This altar is dedicated to the goddess Diana and her twin brother Apollo. Altars provided a place for a sacrifice or offering to be made in the hope of receiving special help or favours from the gods. Diana had several attributes but was most closely associated with hunting and wild animals. Apollo was widely worshipped in the Roman world. 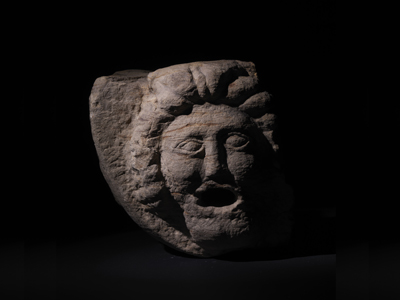 This fountainhead from the bath-house at Bearsden Roman Fort is in the shape of a man's head with a gaping mouth through which the water would have flown into a basin. The pipe carrying the water fitted into the back. The design has a strong native Celtic influence. Much of the sculpture from Roman sites in Scotland shows a fusion of Roman and Celtic styles. 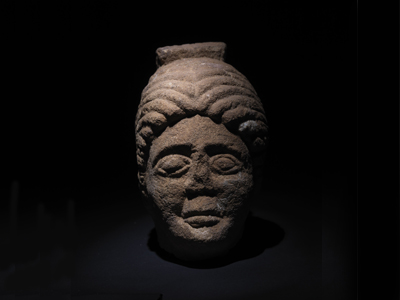 Head of a Goddess

This head is from a bust or statue found at Bearsden Roman Fort. The style of the lips and eyes possibly hint at local craftsmanship. The original statue which the head comes from would have been about half of life-sized and was probably intended to be Fortuna, the goddess of good fortune, who was often venerated by soldiers in the Roman army.