The Rev Dr George Alexander Turner (1818-1891), his son and a grandson served as missionaries in the South Pacific during the course of the 19th century. They were all graduates of the University of Glasgow and presented The Hunterian with a wide range of material accumulated during their travels. 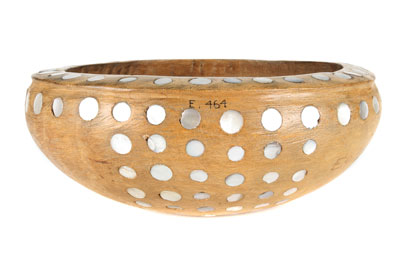 George Turner was ordained in 1840. Newly married, he first travelled with his wife Mary to Melanesia. Later, from a base in Samoa, he visited many other islands in his attempts to convert the local population to Christianity. He amassed a large collection of artefacts that he carefully documented. On his return to Scotland in 1860 he presented them to The Hunterian. Shortly afterwards, he was awarded an honorary doctorate by the University of Glasgow.