The German Revolution at The Hunterian Art Gallery

The major exhibition, The German Revolution: Expressionist Prints, focuses on the revolutionary printmaking that emerged in Germany in the years 1906-1926 and explores artists’ responses to the social and political forces driving the German Revolution of 1918-1919.

The German Revolution or November Revolution was a period of anarchy and violence that broke out at the end of the First World War, in Berlin and other big cities. Chaos continued until the establishment of the Weimar Republic in August 1919. 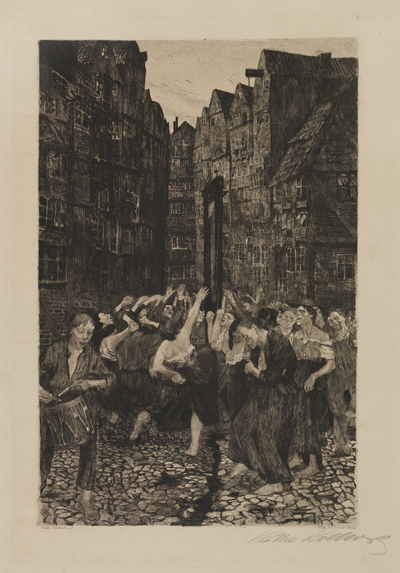 The exhibition and accompanying publication are timed to commemorate this turbulent period in Germany’s history and link the strong German tradition of graphic art with the social and political, sexual and moral struggles taking place at the time.

The German Revolution features 75 compelling works displayed thematically in sections titled Love and Anxiety, A Bridge to Utopia, and Conflict and Despair. The majority are drawn from The Hunterian’s own exceptional holdings of German Expressionist art, supplemented by loans from private collections and Max Beckmann’s set of 11 lithographs, Hell, on loan from the National Galleries of Scotland. (Please note that Hell is only on display until 9 June 2019).

This monumental series encapsulates the terror, hunger and sheer misery that enveloped the city of Berlin, which had been the German World’s great international centre for the production and exhibition of art.

Artists such as Beckmann turned to printmaking of various kinds from commercial necessity. This was the great period of the woodcut, led by the Norwegian Edvard Munch, who inspired many to take up a medium which has dramatic persuasive power. Works by Munch, Picasso, Gauguin and Goya are also included to demonstrate the influence of other European artists on those working in Germany at the time.

Other artists turned their backs on the physical destruction and looked inwards. Munch, Kokoschka, Schiele, Schmidt-Rottluff, Nolde, Pechstein, Heckel, Barlach, Dix, Grosz, Corinth and Modersohn-Becker all made prints exploring human stories which are linked thematically in the exhibition and seem to have arisen as an antidote to the disaster of the war. 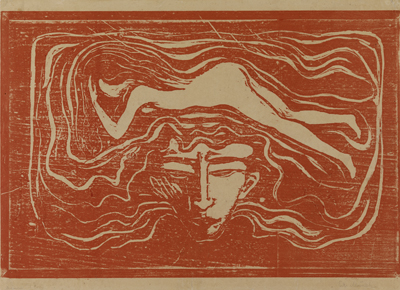 A number of the works featured in the exhibition, including Emil Nolde’s Scribes (1911) and Karl Schmidt-Rottluff’s Mourning Women on the Beach (1914), were purchased with the support of Art Fund and the National Fund for Acquisitions.

The German Revolution: Expressionist Prints is at the Hunterian Art Gallery until 25 August 2019. Admission is free.