A major new exhibition at The Hunterian, University of Glasgow, has brought rare items from Harvard University’s extraordinary collections to Scotland for the first time.

The Philosophy Chamber: Art and Science in Harvard’s Teaching Cabinet, 1766-1820, organised by the Harvard Art Museums, is now open at the Hunterian Art Gallery and celebrates the connections between the two universities over two and a half centuries.

Located in Cambridge, Massachusetts, USA, Harvard is one of the world’s most distinguished and best-known universities. The Philosophy Chamber reunites exceptional works of art and artefacts from its collections, many of which have not been on show for nearly two hundred years. The exhibition places them in the context of objects used and collected at the same time on the other side of the Atlantic, at the University of Glasgow. 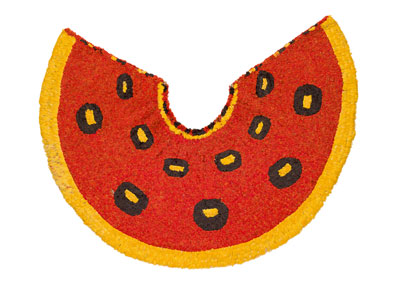 The Philosophy Chamber offers a unique opportunity to see treasures which have played a vital role in teaching and research at these global institutions of learning.

The show takes its name from Harvard’s ‘Philosophy Chamber’ - a grand room at Harvard College that, between 1766 and 1820, was home to more than one thousand artefacts, natural specimens and works of art from around the globe.

Taking its name from the academic discipline of natural philosophy, the Philosophy Chamber served as a lecture hall, experimental laboratory and picture gallery. The room was frequented by an array of artists, scientists, travellers and revolutionaries and its collections stood at the centre of artistic and intellectual life at Harvard and the New England region for more than 50 years.

The chamber was established in the years before the American Revolution and the exhibition explores aspects of this transformative period in transatlantic history, questioning the importance of scientific enquiry and debate in the context of the relationship between the new republic and Britain.

Over 100 items will be on show at The Hunterian including paintings, prints, rare books, exotic artefacts from pioneering exploration, early Native American objects and scientific instruments. A canvas by John Smibert, the Scottish born painter who worked in Boston from 1730 to 1751 underlines transatlantic intellectual and cultural exchanges at this time.

‌Highlights from Harvard include: an exceptional example of Native Hawaiian feather work; Stephen Sewall’s mural-sized copy of the Wampanoag inscription on the landmark known as Dighton Rock, an 11-foot boulder located in Berkley, Massachusetts; and full length portraits by 18th century American artist John Singleton Copley. Glasgow highlights include: a reflecting telescope produced around 1760; an Inuit female cagoul from the Davis Straits; and an Inuit paddle donated by a captain from the Glasgow Whale Fishing Company.

The items are displayed in thematic sections dealing with exploration, teaching, ancient European and Native American civilizations and slavery - one of the more challenging and unsettling aspects of the period, reflecting the scholarship and sentiment of the times. The chamber was also a setting for discussions about the legality of slavery and included objects from merchants and Harvard alumni who profited from the slave trade.

On show are four paintings donated to Harvard by John Gardiner, a Boston-born lawyer who spent much of his career defending plantation owners. The works are by 18th century Italian artist Agostino Brunias, who worked in the Caribbean and specialised in scenes of upper-class island life for British and American plantation owners. These idealised views ignore the harsh realities of slave labour and depict fashionably dressed women of mixed and African descent engaged in everyday activities such as selling fruit or conversing.

‌‌‌Glasgow’s links to slavery are represented by a portrait of Scottish merchant Alexander MacFarlane, a University of Glasgow graduate, mathematician, Fellow of the Royal Society and owner of a Jamaican sugar plantation. MacFarlane gifted the reflecting telescope from his Kingston observatory to the University of Glasgow, along with his collection of astronomical instruments.

Created in partnership with the Harvard Art Museums, The Philosophy Chamber at The Hunterian showcases the extraordinary collections of both Harvard and the University of Glasgow, underlining the connections and differences between them and providing an invaluable window into the art and culture of early America.

This project is supported in part by major grants from the Terra Foundation for American Art and the Henry Luce Foundation.