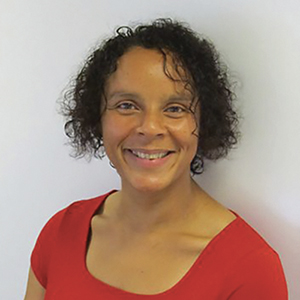 "The low expectations of black people, worldwide, and the brutality against them, are modern versions of the slave owner’s chains and the overseer’s whip."

Slave trade isn't history; it is still around us

Glasgow Professor of Child & Adolescent Psychiatry Helen Minnis argues that challenging racism means that talented black people must get a seat at the table.

As a Scottish black woman married to a white American man, I am under no illusions. Brutality against black people has been present ever since the transatlantic slave trade which, historically speaking, only ended the day before yesterday.

Racism can be brutal and intrusive but often it is of a more subtle variety. We Scots pride ourselves on inclusiveness and openness, so sometimes only our unconscious bias remains, which is much harder to tackle.

A recent Royal College of Nursing survey found that many black and minority ethnic nurses believe they have been put at risk from COVID-19 because of structural racism in the NHS, which makes them more likely to be in more junior/high-risk posts. This structural inequality exists not only because of unconscious bias at interview panels, but also because of our own low expectations, as black and minority ethnic professionals.

The real opportunities afforded us from the worldwide outpouring of feeling at the horrific death of George Floyd are twofold. Firstly, white people must realise their privilege and see how it harms all of us. Secondly, black people must realise that when we also espouse an invisible yardstick that places the white, male, educated Englishman at the top, we uphold white privilege too.

I’m proud to be a professor at the first UK university to acknowledge its role in the transatlantic slave trade that has tried to account for what it gained financially from that trade and is trying to make reparations.

I’m a proud member of UofG’s History of Slavery Committee that drives that work but it’s crucial we all realise that the transatlantic slave trade is not really history. It has skewed the distribution of global wealth towards WEIRD (white educated industrialised rich democratic) countries. It has driven the exponential rise in consumption that has caused our climate crisis. We are, all of us, living in the long tail of that skewed distribution. The low expectations of black people, worldwide, and the brutality against them, are modern versions of the slave owner’s chains and the overseer’s whip.

If we are lucky, some of the world’s most talented young black people may be attracted to come and study in Glasgow when they hear of the opening of the James McCune Smith Learning Hub in honour of one of our most notable alumni, the first African American doctor. We must recognise that because these young people have not experienced the straitjacket of entitlement, they could become some of our most innovative thinkers and our most enlightened leaders. We must also recognise that many will have suffered low expectations throughout their lives and may need active encouragement to be bold and creative in their studies and careers. It is the job of all of us to welcome them to Glasgow and ensure that, young, gifted and black, they get an equal chance to sit at our world-changing table, so that none of us are coerced into mediocrity.

This article was first published September 2020.

"The low expectations of black people, worldwide, and the brutality against them, are modern versions of the slave owner’s chains and the overseer’s whip."

In 2018, we became the first University to acknowledge our links to slavery and launch a major programme of reparative justice.

Their story is our story: runaway slaves

Thanks to award-winning research by our School of Humanities, the story of people who arrived in the UK as somebody else's property has been brought to life.