Angela Tabiri from our School of Mathematics and Statistics travelled to the Czech Republic to deliver her excellent Science Slam presentation in November 2017. It is amazing that our Science Slam alumni have travelled so far and wide to deliver their presentations and we hope this will encourage people to take part for the 2018 event!

Angela writes: "It was a privilege for me to represent the University of Glasgow at the European Science Slam Finals held in Brno, Czech Republic on 4th December. In all, there were seven contestants representing the following countries: Czech Republic, Germany, Austria, Finland, Switzerland, Sweden and Scotland. Presentations ranged from poetry to having a dog on stage. I repeated the talk I gave at the Science Slam organised in Glasgow in July. However, I modified it by interacting with the audience to find out whether the dance I did involved commutative or non-commutative mathematics. This enabled me to get a feedback on whether the audience understood my talk or not. At the end of the keenly contested competition, the Swedish representative, Andreas Dahlin was crowned the winner of European Science Slam 2017. Even though I did not win the competition, I got the opportunity to talk about my research to an audience of over 500 and got feedback from the audience about the presentation." 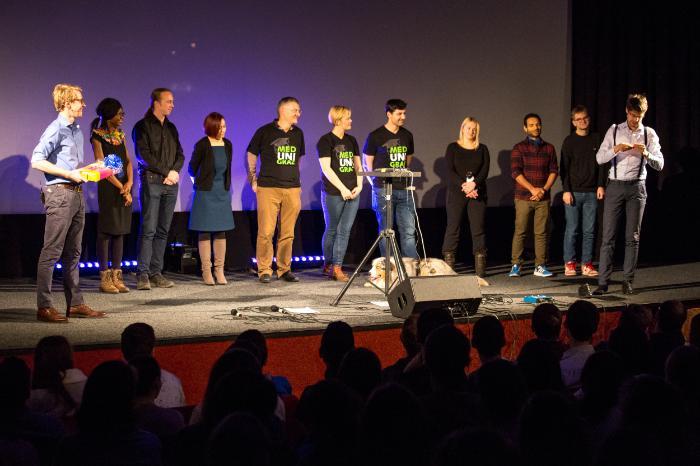