An international team of scientists and pharmaceutical collaborators have made a breakthrough ‘bench to bedside’ discovery, ten years in the making, which they hope will advance the future treatment of Alzheimer’s Disease in patients.

The research – conducted at the University of Glasgow and the biotechnology company Sosei-Heptares Ltd – and published in Cell describes, for the first time, the process of designing a new molecule to selectively target a specific receptor protein in the brain and demonstrating, through laboratory preclinical and human clinical studies, the potential of this approach to create superior new drugs to improve cognitive function in Alzheimer’s Disease patients.

There are currently no drugs that can stop or slow the progression of Alzheimer’s Disease. However, there are drugs that work to recover memory loss and improve cognitive function in early dementia, but these drugs are often not very effective, and are associated with side effects that may limit their effectiveness in clinical practice.

The study was focused on new molecules, designed by Sosei Heptares, that selectively target a protein called the M1 muscarinic acetylcholine receptor (or M1 receptor, a G protein-coupled receptor or GPCR) in the brain, which is known to play a central role in memory and cognition. Subsequent translational medicine studies tested the hypothesis that such molecules will retain cognitive benefits and lack dose-limiting side effects.

Working closely together, the research team demonstrated that an exquisitely selective modulator could be successfully designed using detailed knowledge of the M1 receptor’s 3D structure, despite its very close similarity to other types of muscarinic receptor. This approach is known as structure-based drug design or SBDD.

These ground-breaking results substantiate the hypothesis and the power of novel approaches using 3D structures of receptors developed by the team can be applied to the M1 receptor to create a potential new medicine for Alzheimer’s Disease patients, and also have broader implications highlighting a new approach to address other GPCRs linked to a wide range of diseases. 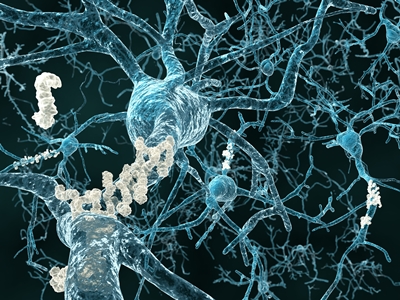 The approach described in the Cell paper has since been used to design other new molecules with superior properties for treating the symptoms of Alzheimer’s Disease and other dementias, and advance these in preclinical development.

Prof. Andrew Tobin, Professor of Molecular Pharmacology and Director of the newly built Advanced Research Centre at the University of Glasgow, said: “This is a true bench-to-bedside discovery, many years in the making, and we are thrilled that this hugely important and global collaboration with our partners at Sosei Heptares and others has resulted in a highly sophisticated drug design approach that offers huge potential to improve the treatment of Alzheimer’s Disease, by activating memory and cognitive centres within the brain.

“We are extremely encouraged by our findings so far and are very hopeful that this could lead to new treatment options for patients with this devastating disease.”

Dr Miles Congreve, Chief Scientific Officer at Sosei Heptares, added: “We are delighted that this pioneering drug design work in collaboration with Prof. Tobin and others has been published in such a highly acclaimed journal. The precision SBDD technology that we have developed is core to our approach at Sosei Heptares and has been extremely effective for designing new and superior drug molecules that we are progressing through preclinical and clinical development as potential new treatments for a wide range of neurological, immunological and gastrointestinal diseases.”

Dr Malcolm Weir, Executive Vice Chairman of Sosei Heptares, added: “We are delighted to be able to report this important advance in the field of new medicines for cognitive disorders such as Alzheimer’s Disease. It exemplifies our core vision of applying SBDD to create new drugs against challenging targets and taking them through pre-clinical and clinical studies to answer key translational medicine questions, and simultaneously to meet major value inflections.”

Professor Tobin’s work, based at the Centre for Translational Pharmacology at the University of Glasgow’s Institute of Molecular, Cell and Systems Biology, is supported by a £4.2M Wellcome Collaborative Award – funding awarded in 2016, in collaboration with researchers at Monash University in Melbourne Australia (Professors Arthur Christopoulos and Patrick Sexton), to use state-of-the-art technologies and approaches to discover new ways to make better drugs for neurological diseases including Alzheimer’s disease.

The study, ‘From structure to clinic: Design of a muscarinic M1 receptor agonist with the potential to treat Alzheimer’s disease’ is published in Cell (A. J. H. Brown et al., 2021, Cell.