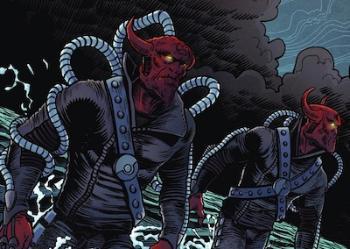 For over 30 years Sha Nazir, founder and proprietor of BHP has been involved in the creative Industries. During the early internet boom of the 1990’s, he held numerous skilled roles including illustrator, graphic designer, web designer, engaging a raft of distinguished clients from Ginger Productions to STV.

In 2003 Sha found himself drawn to the museums and galleries sector where he found that his creative skills could be used to develop educational programmes.

“It was working with the objects and using them to tell a story which really helped form where I ended up, which was how you can tell a story and also let people learn at the same time.” explained Sha.

In particular it was when working in the Kelvingrove Art Gallery & Museum developing the new century project, as part of the design team creating interactive educational elements, that he really discovered the potential of technology as a device to encourage play and learning. This activity lay the foundations for many community arts projects through libraries and also Police Scotland where he has employed the same strategies to work with gangs.

It was around this time “I started exploring publications, writing book about trust, for children, which encouraged me to experiment and make my own comics” explained Sha.

The opportunities that comics offered, for self-expression and education led Sha to develop Glasgow Comic Con. What started small in 2011 rapidly expanded to the international convention attracting 10,000 attendees from all over the world is essentially the same idea, just scaled up.

“The principles of what I did in the community learning situations/workshops for children in museums and galleries was applied here and people were learning whilst having fun.” This activity which encapsulated writing, illustrating producing, publishing and distributing comics lay the foundations for BHP.

BHP was always concerned with education, but for Sha it was also about “getting people of colour involved in actually making books and producing books with characters that had different voices and different faces. That is slowly becoming more normal now, but five years ago, it wasn't”.

From exhibitions to educational books, BHP have had a number of projects with the University of Glasgow. Freedom Bound, illustrated by Warren Pleece and published by BHP in 2018 “explores Scotland’s uncomfortable connections with the history of slavery”. “We were the custodians of those books and the message for me was really important. Working with colleagues in History such as Professor Simon Newman at the University of Glasgow to get these books into schools across Scotland was a fantastic experience.” Explained Sha 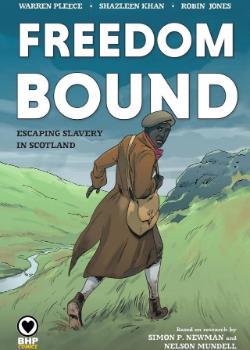 Of Freedom Bound Sha commented “Graphic narrative is able to engage young readers in ways in which traditional prose cannot, offering both visual and text cues to the learner. This mirrors my the experience of learning through objects or paintings in museums and galleries. Freedom Bound will use this to help bring readers into the historic period and engage them in important political and historical study which will massively benefit their learning. This has been a very ambitious and long-term collaboration between BHP Comics, the University of Glasgow and writer and artist Warren Pleece but we know the benefits that this book will bring to many generations of Scottish students will be a fantastic reward[1].”

From a business perspective, the core of Sha’s activity on was the creation and publication of physical books. Then Brexit followed by the COVID-19 global pandemic saw  the cards come tumbling down. “Between March 2020 and March 2021 our physical sales dropped by 80%. The majority of our buyers were from Europe and suddenly we found that the cost of postage was more expensive than the book. Postage to France went from £3.60 to £9.60 for the same book,” described Sha.

Shifting to a digital model was the only way that BHP were going to be able to continue creating books that people out-side of the UK were going to be able to access. This is the key priority for BHP now, the digitisation of the back catalogue. However, it’s not necessarily as straight forward as scanning direct into an online format. Consumption of digital comics is changing. Users on South Korean platform Webtoons, for example expect a 2 minute scroll per episode on a phone. The layout or flow of each frame, needs to be adjusted to a vertical format. The future for BHP is most certainly on digital sales but the transition of the back catalogue from paper to digital won’t be immediate.

Are you based in the cultural heritage sector? Get in touch – we’d love to hear about the challenges you and your organisation are facing? You can also join our Digital Cultural Catalyst and collaborate with your peers to tackle shared issues.

Back to Catalyst blog