Scots is spoken from Shetland in the northern isles to Stranraer in the south, and everywhere in between.

But what type of Scots can you hear in these different areas?

A University of Glasgow project Speak for Yersel, funded by the Arts and Humanities Research Council, aims to answer that question by mapping the many different types of Scots used here and now.

This online resource will crowdsource the words, sounds and sentences used across Scotland, providing a record of Scots as it is used in the 21st century. You will be able to tell the project team about the words, sounds and sentences you use via a series of anonymous interactive resources on the website - wean, nicht, gonnae no dae that - and whether your speech is the same or different to other folk around Scotland.

Now academics at the University are calling on people across Scotland to log on to Speak for Yersel website. 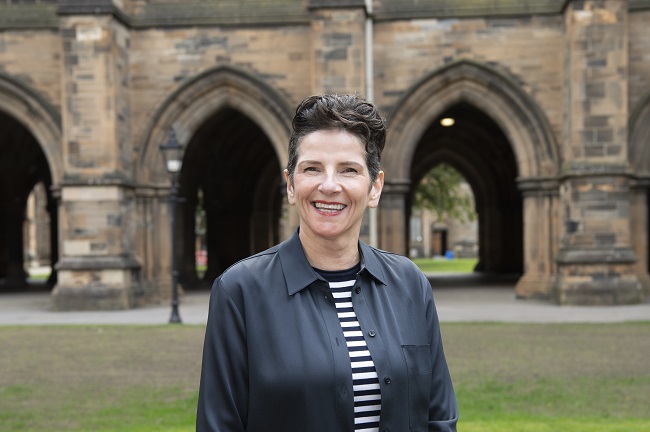 Professor Jennifer Smith, a Professor of Sociolinguistics based at the University’s School of Critical Studies, said: “Lots of people say ‘Oh I don’t speak Scots’. But just because you don’t sound like Robert Burns, doesn’t mean you’re not speaking Scots.

“We sometimes have an idea that Scots was something that was spoken centuries ago and now it has largely disappeared. But step out on Sauchiehall Street in Glasgow or Union Street in Aberdeen and you’ll hear people sounding distinctly Scottish.

“We know intuitively that people across Scotland sound very different, so here we want to capture those differences, providing a record of how Scots is spoken in the 21st century.”

Scots comes in many different colours - the Scots spoken in Aberdeen is very different to that spoken in Glasgow, but it is all Scots. Speak for Yersel project is not interested in how Scots should be, but what it actually is today.

Mary Robinson, Research Assistant on the Speak for Yersel project, said: “Scots is not just a subject you learn in school: it's a living language that's spoken by millions of people in Scotland, whether or not they realise it.

All languages change, all of the time. If a language isn’t changing, then it’s a dead one. Speak for Yersel allows us to capture those changes by comparing speakers across the generations. So a granny might say nicht but a grandchild might say night. Changes such as these might lead you to think that lots of Scots forms are disappearing through time, but in fact lots of new ones are being created at the same time. So a granny might say it’s very annoying but a grandchild might say it’s pure annoying.

Speak for Yersel also offers up the opportunity to study Scots in the classroom in an engaging and hopefully fun way. The resource contains a number of activities that will really make pupils think about how they and others sound.

Bruce Eunson, Scots Language Co-ordinator for Education Scotland, said: “It’s been fantastic working with the University of Glasgow on this new Scots language resource. Digital resources such as “Speak for Yersel” are invaluable for both modern education settings, as well as for promoting use of Scots language in education.

“By giving children and young people across Scotland the opportunity to interact with the resource and to be the voices and responders to the data collected, it puts the learner at the centre of the experience and creates opportunities for them to not only be part of the process but to also shape the output of the resource.

“The more this unique platform is used, the more we will all learn about how Scots is used in classrooms and what children and young people have to say about the language, thus providing invaluable feedback and knowledge on this important aspect of modern education and Scottish culture. The academics at University of Glasgow have been brilliant to work with on this project and I look forward to promoting this for use in classrooms all over the country.”

The project team are:

The quality and range of research supported by AHRC works for the good of UK society and culture and contributes both to UK economic success and to the culture and welfare of societies across the globe.