Scottish Secretary Alister Jack has hailed the launch of new think tank, the Scottish Council for Global Affairs (SCGA), at an event in London.

The Secretary of State spoke at an event hosted by the Foreign, Commonwealth & Development Office (FCDO) at its historic Lancaster House venue today – giving top global affairs experts from Scotland an opportunity to meet with representatives of governments from all over the world.

The Council, whose Executive Director is the University of Glasgow's Professor Peter Jackson, aims is to provide and develop expertise on international issues, and forge new partnerships with civil society and the business community across the UK.

Scottish Secretary Alister Jack said: “I was delighted to speak at the London launch of the new Scottish Council on Global Affairs at the Foreign Office’s Lancaster House.

“The creation of a new Scottish international affairs think tank is hugely significant. Led by three of Scotland's world-renowned universities, the SCGA will harness the very significant expertise of Scotland’s higher education sector, and provide independent analysis and a trusted space for debate and dialogue.

“The UK Government is proud to help the SCGA get off to a flying start by hosting this networking event with key international affairs experts from across the UK and the world. I wish it the very best and look forward to seeing its contribution to the public policy debate on global issues.” 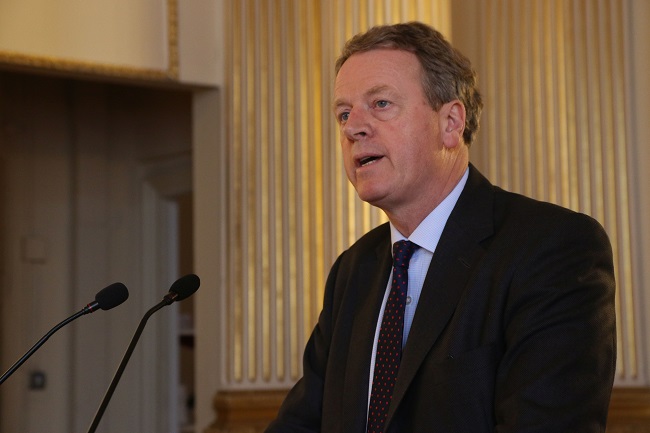 The FCDO has announced £10,000 of funding for the organisation, which also receives funding support from the Scottish Government.

Diplomats from countries including Australia, Germany, Italy and Spain were amongst those meeting with the Scottish academics at the event held at Lancaster House, in the shadow of Buckingham Palace.

The building is steeped in political history and has been used extensively for filming for screen hits including Disney’s National Treasure: Book of Secrets, BBC/HBO’s production of Churchill at War, Sherlock Holmes: A Game of Shadows, The King’s Speech, and Netflix’s The Crown.

Foreign, Commonwealth & Development Office Minister Vicky Ford said: “The UK Government’s funding for the Scottish Council for Global Affairs and hosting of this event at Lancaster House reaffirms our commitment to the successful launch of this important new non-partisan think tank.

“The FCDO looks forward to engaging closely with the Scottish Council for Global Affairs, which will harness Scottish universities’ significant global affairs expertise to help the UK to make its mark on shaping a better world.”

The SCGA will provide a non-partisan hub for expertise on international issues. It will place this expertise at the disposal of public policy and promote independent, expert-informed debate and discussion of the most pressing international questions.

The SCGA has been set up by a group of Scotland’s leading universities, but it will look from the beginning to form new partnerships with civil society and the business community in Scotland and across the United Kingdom.

Professor Peter Jackson, Chair in Global Security at the University of Glasgow and the first Executive Director of the SCGA, said: “The Scottish Council on Global Affairs is an exciting new initiative to harness the extensive expertise that exists in Scotland on international affairs very broadly conceived.

“Forging relationships with government departments and other think tanks in London will enable us to amplify both the scope of our research activities and the breadth of our engagement with policy stakeholders in the United Kingdom and beyond.

“We are therefore hugely grateful to the Office of the Secretary of State for Scotland and to the Foreign Commonwealth and Development Office for the reception to celebrate our creation at Lancaster House.” 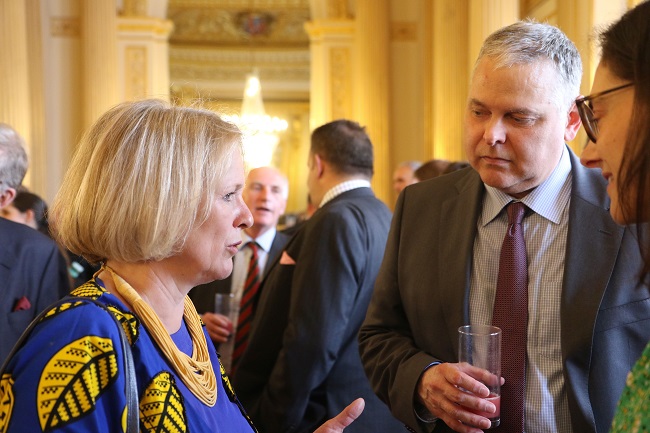 Its creation as a fully independent institute of international affairs has been supported by all major political parties and strong relationships have already been established with the Scottish Government and the Foreign Commonwealth and Development Office.

The present war in Ukraine, the experience of the COVID-19 pandemic and the ongoing climate crisis have all underlined the need for international co-operation and multi-disciplinary expertise to address the political, economic and public health challenges of the 21st century.

The SCGA will contribute to this enterprise by providing an institutional setting for discussion and debate of international questions.

A core mission of the new think tank is to support ambitious research projects aimed at informing public policy and promoting public discussion. In pursuit of these goals, it will forge partnerships in the UK, Europe and beyond to amplify the global reach of Scottish expertise.

Professor Juliet Kaarbo, Chair in Foreign Policy at the University of Edinburgh and founding Co-Director of SCGA: “We are delighted at the support from FCDO and The Secretary of State for Scotland and thankful for this event recognising the launch of the Scottish Council on Global Affairs.

“As an agreement between the Universities of Edinburgh, Glasgow, and St Andrews, we are an academically-based, policy-oriented, and global-thinking institute that serves as a hub for a distinct constellation or research on global affairs.

Professor Phillips O’Brien, Chair in Strategic Studies at the University of St Andrews and founding Co-Director of SCGA: “One of the great aims of SCGA is to bring the fabulous, high impact, policy-focussed research done across Scotland to the centres of government in the UK and around the world.

“We are therefore delighted to have established an excellent relationship with the FCDO, the Scotland Office and the whole UK Government and believe this link is central to our mission.”