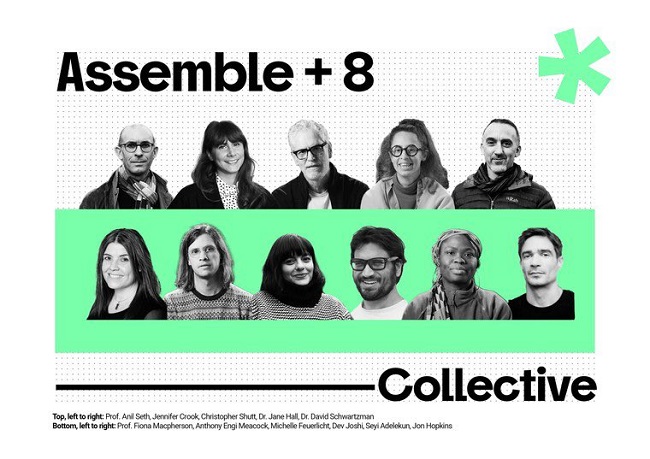 A Philosophy professor from University of Glasgow part of team chosen for next year’s Festival UK* 2022, it was announced today.

Fiona Macpherson, Professor of Philosophy at the University of Glasgow's School of Humanities | Sgoil nan Daonnachdan, is part of a creative / interdisciplinary team who have been commissioned to take their ground-breaking project into full production for next year’s Festival UK* 2022.

The project is a collaboration between Turner Prize winning collective, Assemble, scientists and philosophers from the Universities of Sussex and Glasgow, Grammy-nominated Composer Jon Hopkins and a freelance team comprising sound designer, digital producer and technologist and director.

A joint statement from the team: “This is an amazing opportunity to bring together a multi-disciplinary team from the arts, science and technology, to realise a project on a unique scale, exploring the wonder of how each one of us perceives and creates the world around us. Our project is hugely ambitious, but beautifully simple, and will engage mass audiences across the UK and beyond.”

Details about the commission will be announced when Festival UK*2022 reveal their full programme later this year.

The team comprises many freelancers, many of whom have lost significant amounts of work due to the pandemic.

It is backed by £120 million of new investment from the UK Government, including funding to the Northern Ireland, Scotland and Wales devolved administrations. The festival will take place in 2022 and each project will bring new opportunities for creative people in sectors that have been significantly impacted by COVID-19.